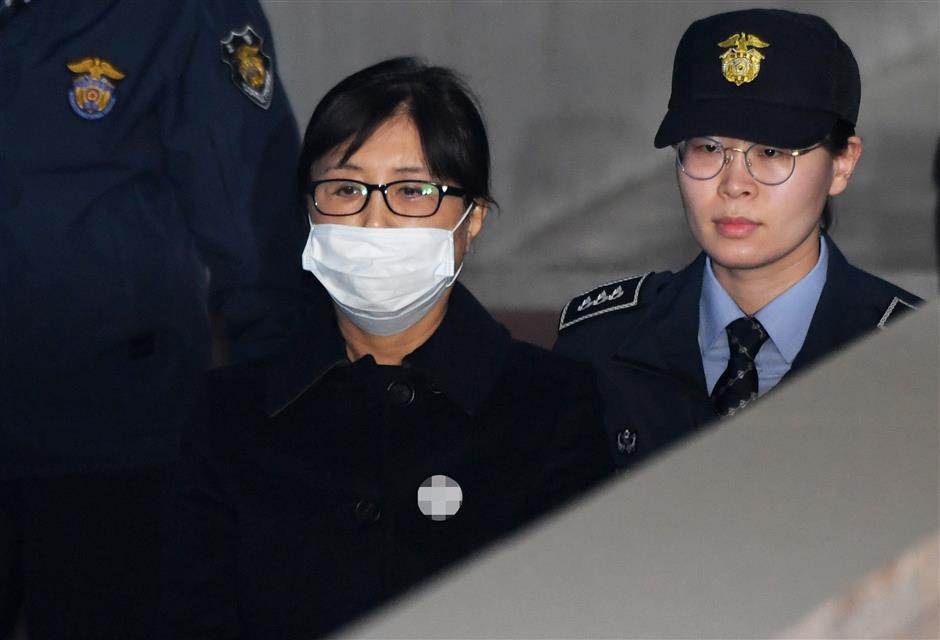 The friend of former South Korean leader Park Geun-hye who was at the center of an influence-peddling scandal that rocked the country's business and political elite has been sentenced to 20 years in jail, a Seoul court said on Tuesday.

Choi Soon-sil, a confidante of Park, was convicted of receiving bribes from South Korean conglomerates including Samsung, the world's biggest maker of smartphones and semiconductors, and the Lotte Group.

Park was dismissed from the presidency last March after being impeached and standing trial separately on charges of bribery, abuse of power and coercion. She denies any wrongdoing.

The court also sentenced the chairman of Lotte, the country's fifth-largest conglomerate, to two years and six months in prison on Tuesday and ordered his immediate arrest.

The chairman, Shin Dong-bin, was in court and taken into custody. 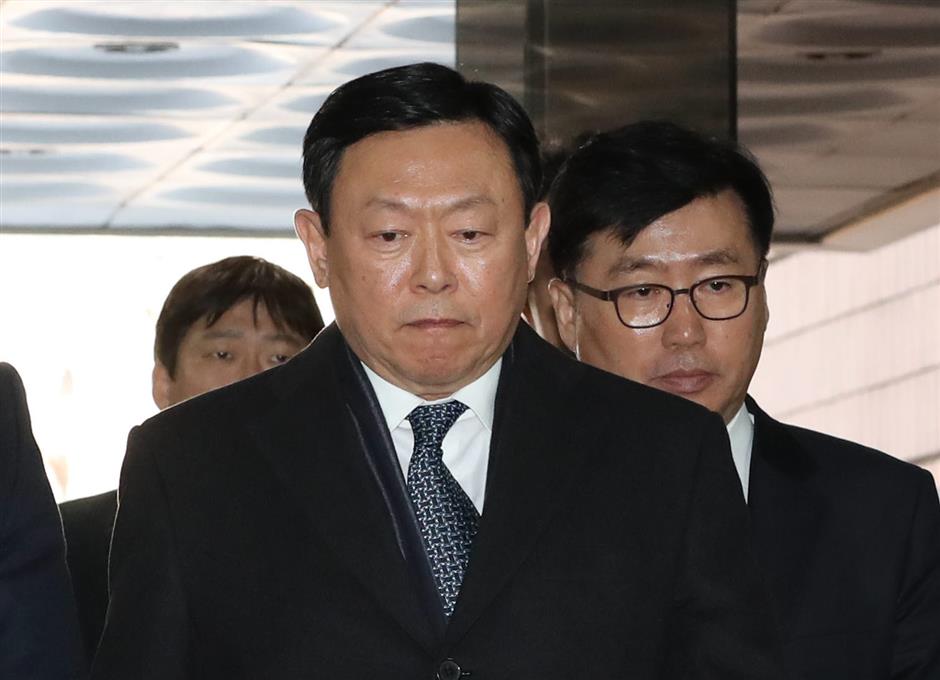 Shin Dong-bin, chairman of the Lotte Group, arrives at the Seoul Central District Court in Seoul, South Korea, on February 13, 2018.

Prosecutors had sought a four-year jail term for Shin, accusing Lotte of giving a foundation backed by Park and Choi 7 billion won (US$6.46 million) for favors such as a duty free store license.

Shin and Lotte, which has interests ranging from retail to chemicals, had denied the charge.

The jail term for Shin follows a December ruling in which the court found him guilty of breach of trust and embezzlement in a different case but suspended sentencing, leaving him free to run the group.

Prosecutors had demanded a 25-year jail term for Choi on charges including coercion, bribery, influence-peddling and abuse of authority, saying she had used her links with Park for personal gain.

Tuesday's verdict follows an appeals court ruling last week that freed the scion of the family that controls Samsung, Jay Y. Lee, after a year in detention.

Lee had been charged with giving some of the bribes that Choi was accused of receiving. However, last week's ruling said Lee's bribe-giving was a "passive compliance to political power," appearing to put the weight of the blame on Park and Choi.

Park, who is in jail, is currently being defended by state attorneys after her defence team resigned en masse last October in protest at the extension of her detention period until April this year.

A verdict in her trial is expected before her detention period ends in April.