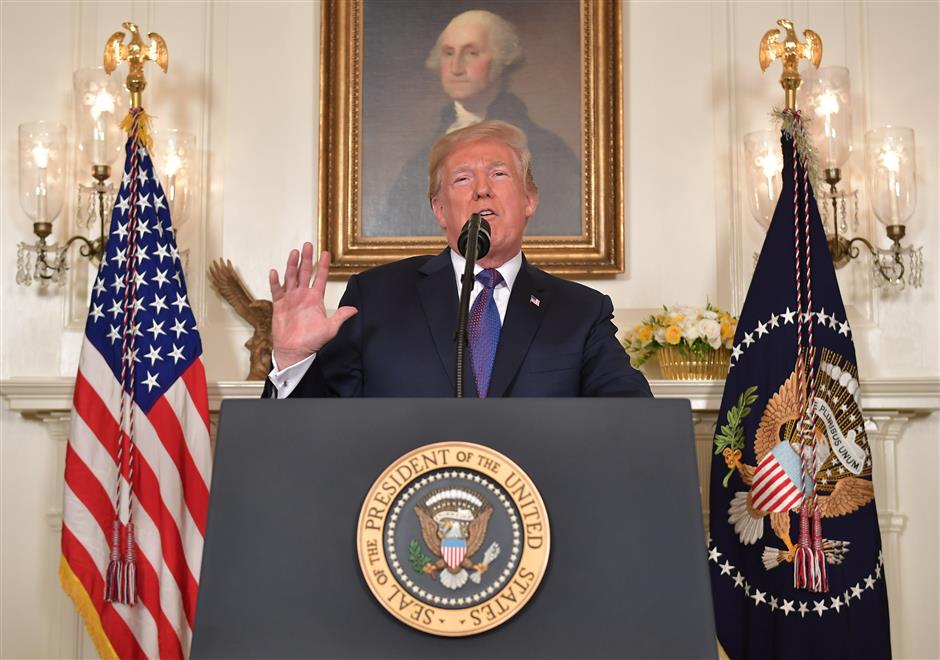 US President Donald Trump addresses the nation on the situation in Syria on April 13, 2018, at the White House in Washington, DC.

US President Donald Trump on Friday said he has ordered precise strikes in cooperation with Britain and France against Syrian military facilities.

In a televised speech, Trump said he ordered the US armed forces to launch attacks against targets related to Syria's chemical weapons capabilities.

He added that a combined operation with Britain and France was under way.

Trump also criticized Russia and Iran for supporting the Syrian government as well as their failure to stop the alleged chemical attack.

The speech came all of a sudden, as White House correspondents said they were asked not to share that information until the president went live "in order to ensure the safety of our troops."

US started its military action against the capital before daybreak on Saturday as loud explosions were heard reverberating across the capital Damascus with red dots seen flying from earth to the sky in what appeared to be air defenses responding to the US strike, according to the state TV and Xinhua reporter in Damascus.

US Chairman of the Joint Chiefs of Staff Joseph Dunford said on Friday that the ongoing US attack targets multiple targets in Syria including a research center, a chemical weapon storage facility and a facility in the second target.

US defense chief James Mattis also said in a briefing that the attack targets directly at the Syrian government.