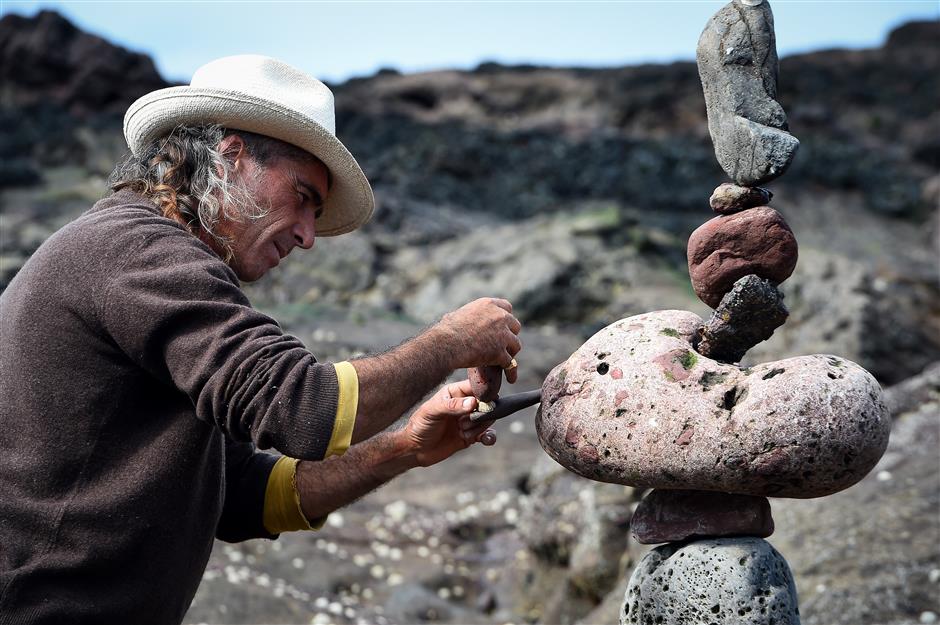 Marco Montesini from Spain competes in the European Stone Stacking Championships 2018 in Dunbar, Scotland, on April 22, 2018.

Sculpture artists gathered in Scotland on Sunday to compete for the weighty title of champion stone stacker, in a quirky competition launched last year.

More than 30 participants from America, Spain, Italy and from around Britain converged on Dunbar, near Edinburgh, for only the second European Stone Stacking Championships.

Competitors must create the most complex and gravity-defying artistic sculptures from rocks and pebbles gathered on the town's Eye Cave Beach.

"(It's) the most ancient art form that there is," James Craig Page, the fledgling contest's founder, said.

Despite stone stacking's lofty history, he traces the modern-day challenge to the creations of Californian stacker Bill Dan in the early 1990s.

Stone stacking, however, has angered some conservationists who accuse enthusiasts of "rubbing out history" by removing rocks from ancient neolithic monuments, such as Bodmin Moor in Cornwall, southwest England. 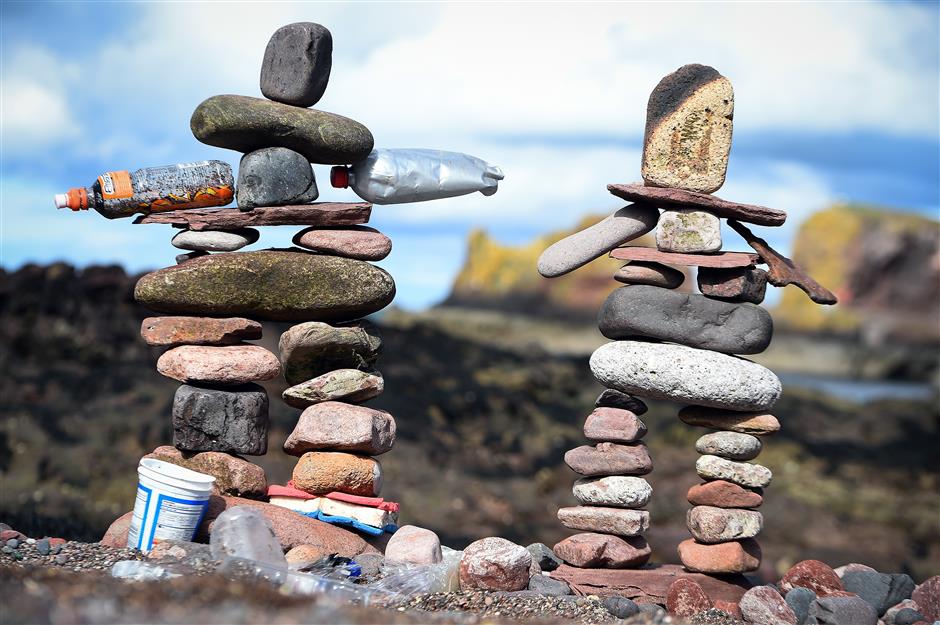 Stacked stones are pictured during the European Stone Stacking Championships 2018 in Dunbar, Scotland, on April 22, 2018.

Page launched the contest last year after organising a more local event – the John Muir challenge – in 2016, which was billed as the first stone stacking competition of its kind in Britain.

John Muir was born in Dunbar in 1838 and became known as "the father of national parks" for his pioneering conservation work, which helped preserve the Yosemite Valley and Sequoia National Park in the United States.

"That was so successful that we went on to create the European championships and to bring all these wonderful artists from around the world to Dunbar," Page added.

However, Page insists the professional artists take care to preserve the natural and historic environment.

"We make sure that we do look after nature, because that is where we work," he said. 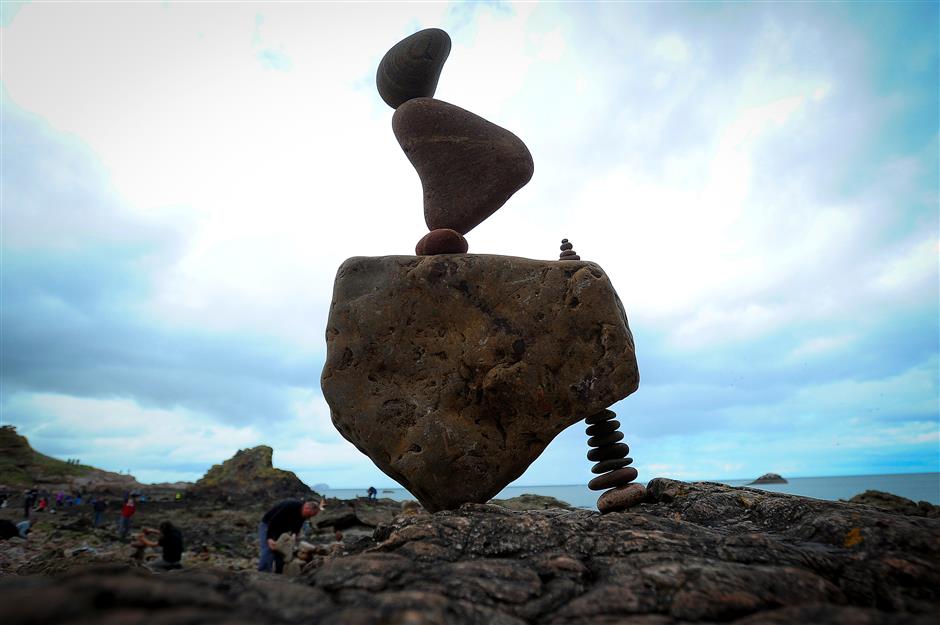 Stacked stones are pictured during the European Stone Stacking Championships 2018 in Dunbar, Scotland, on April 22, 2018.

Pedro Duran, from Spain, was named European champion for the second year running for his stone archway, while James Brunt, 46, from the English city Sheffield, won runner up for his intricate sculpture of a rollercoaster.

"I got into stone stacking when I saw somebody in the south of England on a beach about seven years ago," said Brunt.

"Everyone thought it was a kind of magic, and I saw the science behind it.

"I started using different materials, leaves, sticks – whatever nature throws at me I'll use to make artwork with."