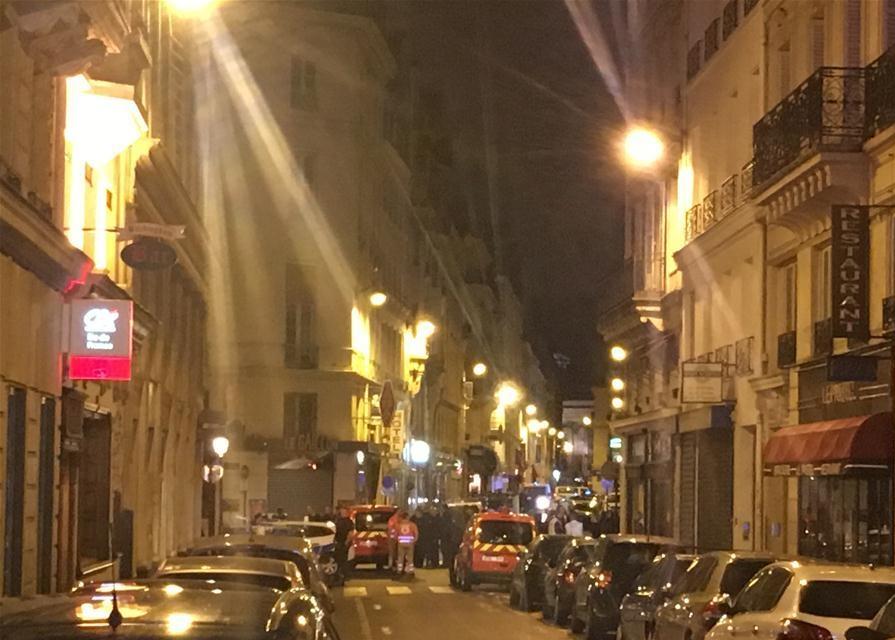 Police officers cordon off the site where a knife attack happened in Paris, France, on May 12, 2018. A man randomly attacked bystanders with a knife on Saturday night in central Paris, local media reported. At least one person was killed and several others injured, with two seriously wounded, French news channel BFM TV reported. The knife attacker, not identified yet, was shot dead by police.

There was an assault on five people in the second arrondissement of the French capital by an individual armed with a knife, the Paris police headquarters tweeted on Saturday night.

"One victim died, two are seriously injured and two are slightly injured," said the Paris police headquarters, adding that the attacker had been killed by the police.

The identity and motivation of the perpetrator remain unknown, as well as the identities of the victims. The wounded were transported to a hospital in Paris, according to the police source.

The crime site, near the Paris Opera, has been cordoned off by police.

The Paris Opera district in the heart of Paris is a very crowded area and popular among tourists, especially on weekends.

The Paris prosecutor's office will launch an investigation, Paris Prosecutor Francois Molins said during a press conference at the scene of the attack around Saturday midnight, adding that the killer had shouted "Allahu Akbar" ("Allah is the greatest") when attacking passersby with a knife.

Hours later, the terrorist group Islamic State claimed responsibility for the attack via its propaganda agency.

"All my thoughts are with the victims and the wounded of the knife attack perpetrated this evening in Paris, as well as their relatives. On behalf of all the French, I salute the courage of the police officers who neutralized the terrorist," French President Emmanuel Macron tweeted on Saturday night. "France pays once again the price of blood but does not give an inch to the enemies of freedom."

France has become a major target of frequent terrorist attacks in recent years. Several attacks claimed by the Islamic State have broken the calm at home, with the bloodiest one in Paris leaving 130 victims in November 2015.

In October 2017, Macron signed an anti-terrorism law which he said was necessary to tackle the rampant terrorism in the country.