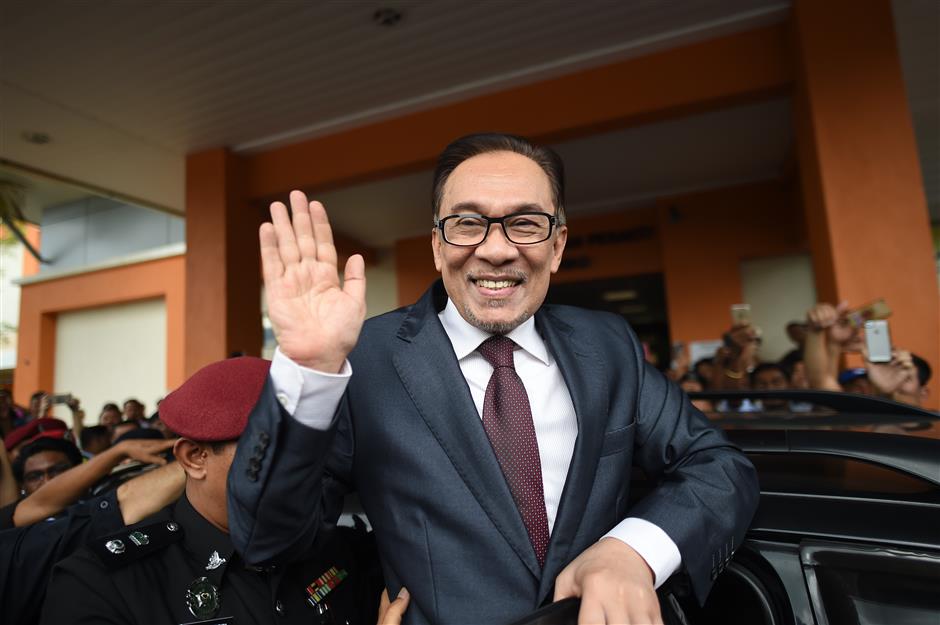 Anwar Ibrahim, former Malaysian deputy prime minister who was jailed for a sodomy verdict, was released on Wednesday after receiving pardon.

Witnessed by a large crowd of reporters and supporters, Anwar walked out of a habitation center where he was receiving treatment recently under custody.

Anwar, 70, wearing a black suit and sporting a smile, waved to his supporters before he boarded a car to go to the royal palace to meet the King.

In a statement, the National Palace said Muhammad V, the ceremonial head of state, or the King, has allowed a full pardon and given an immediate release for Anwar.

The full pardon also allows Anwar to return to politics.

Anwar was sacked as deputy prime minister in 1998 and later jailed for corruption and sodomy under then Prime Minister Mahathir Mohamad. He was jailed again in 2015 for sodomy as opposition leader. Anwar has denied the charges, saying they were politically motivated.

Since 2016, Mahathir and Anwar have joined hand again against the government led by Najib Razak. Their coalition, Pakatan Harapan, won the general election last week.

Mahathir has been sworn in as prime minister and he has also promised to hand over to Anwar.