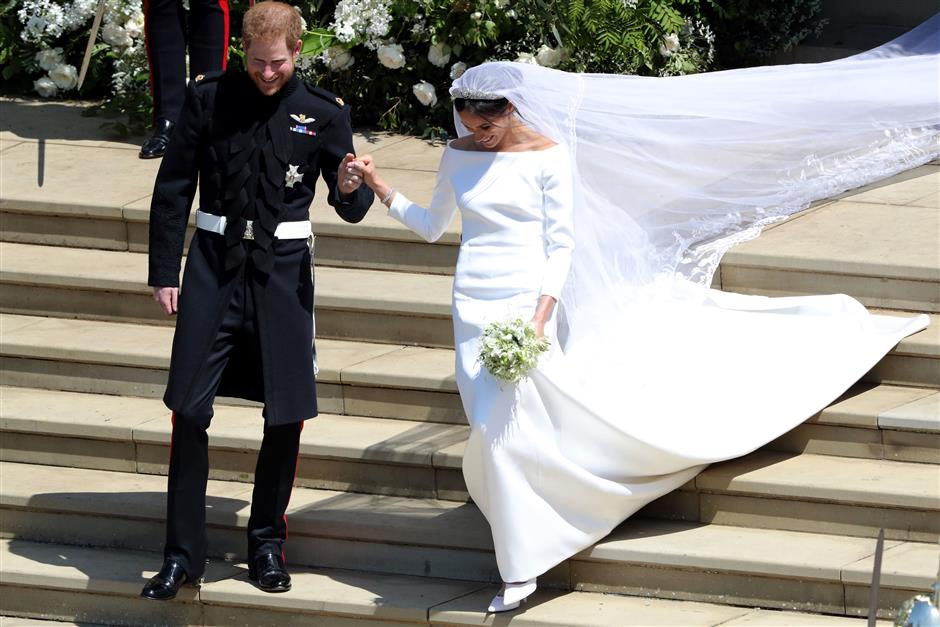 Britain's Prince Harry, Duke of Sussex and his wife Meghan, Duchess of Sussex emerge from the West Door of St George's Chapel, Windsor Castle, in Windsor, on May 19, 2018 after their wedding ceremony. 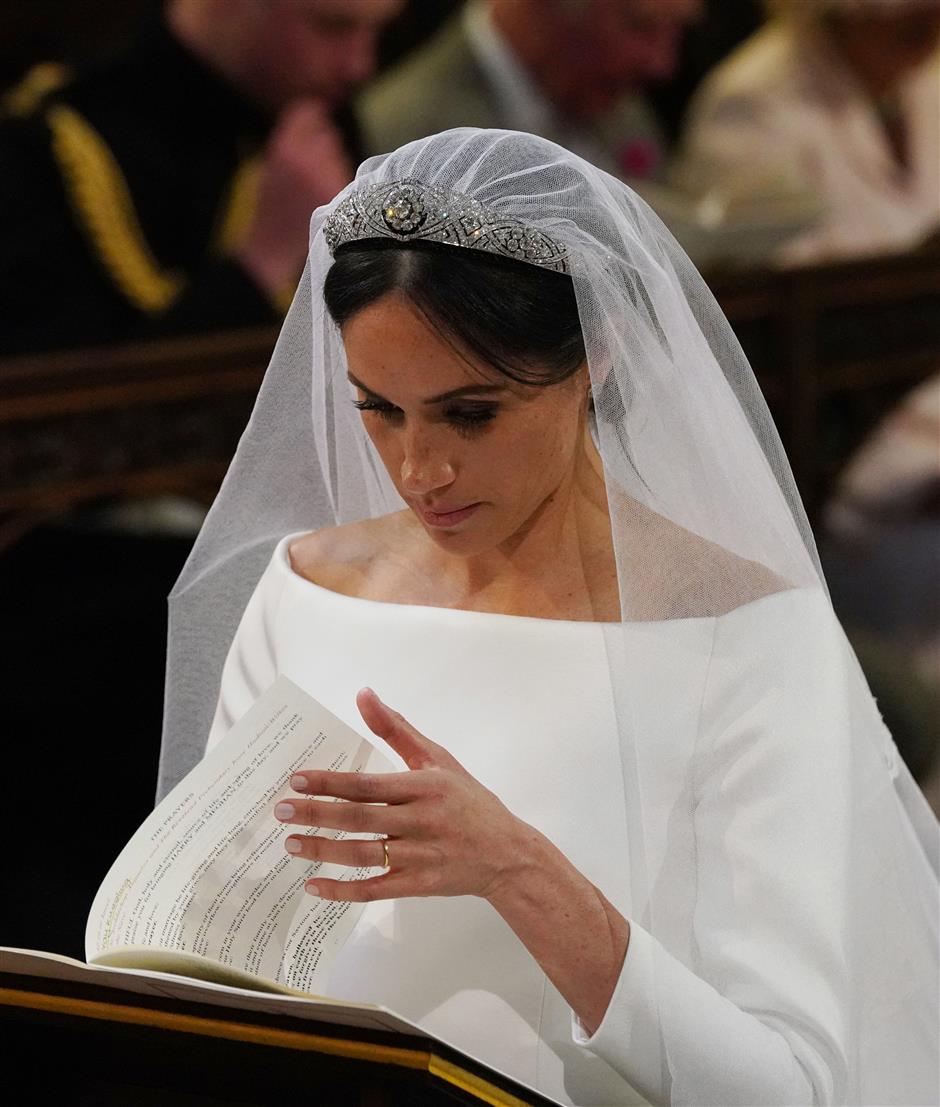 Here are some of the key details of the dress and accessories seen at the wedding:

Clare Waight Keller is a British designer who last year became the first female artistic designer of Givenchy, but has also worked for fashion houses Pringle of Scotland and Chloe.

She met Markle earlier this year and the pair worked closely together on a design that Kensington Palace said "epitomises a timeless minimal elegance."

The open bateau neckline frames Markle's shoulders and emphasises the slender sculpted waist of the dress.

The shape is achieved using just six seams, and the dress flows towards a train at the back, cushioned by an underskirt of triple silk organza.

The sleeves are slim and three-quarter length.

It is made of a pure white double bonded silk cady -- a thick fabric -- which has a soft matt lustre.

Made of silk tulle with a trim of hand-embroidered flowers in silk threads and organza, the veil is five metres long and had to be held by two pageboys as Markle arrived.

It depicts the distinctive flora of each country in the Commonwealth, the 53-nation grouping for which Harry is an ambassador.

The embroidery took hundreds of hours to complete, with workers washing their hands every 30 minutes to keep the tulle and the threads pristine.

These are Wintersweet (Chimonanthus praecox), which grows in the grounds of Kensington Palace where the couple will live, and the California Poppy (Eschscholzia californica), the state flower from Markle's home state.

Markle's veil was held in place by Queen Mary's diamond bandeau tiara, which was loaned to her by Queen Elizabeth II.

Made in 1932, it comprises 11 sections, with a detachable centre of ten diamonds that can be worn as a brooch.

Markle also wore earrings and a bracelet by Cartier.

A bespoke bouquet by florist Philippa Craddock was personalised by several flowers handpicked by Prince Harry on Friday from his private garden at Kensington Palace.

Among the flowers are forget-me-nots, which were a favourite of Harry's late mother, Diana, as well as scented sweet peas, lily of the valley, astilbe, jasmine and astrantia, and myrtle.

Waight Keller designed the six bridesmaids' ivory silk high-waisted dresses with puff sleeves and pleated skirts, hand finished with a silk ribbon tied at the back with a bow.

Their leather shoes were monogrammed with each bridesmaids' initials and the wedding date.

The four pages wore a miniature version of the Blues and Royals frockcoats worn by Prince Harry and his brother and best man Prince William.