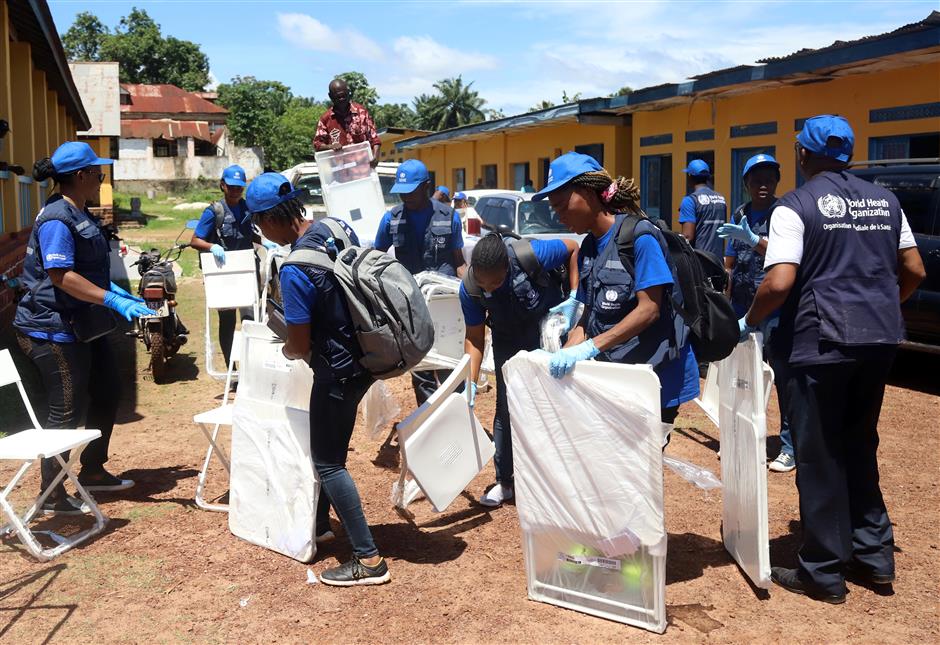 World Health Organization workers prepare a centre for vaccination during the launch of a campaign aimed at beating an outbreak of Ebola in the port city of Mbandaka, Democratic Republic of Congo May 21, 2018.

Two new deaths from Ebola and seven new confirmed cases have been recorded in Democratic Republic of Congo, the health ministry said on Tuesday.

One of the deaths occurred in the provincial capital of Mbandaka, according to a daily bulletin. A nurse also died in the village of Bikoro, where the outbreak was first detected, ministry spokeswoman Jessica Ilunga said.

The seven new confirmed cases were registered in Bikoro, the ministry said.

The vaccine manufacturer Merck has provided WHO with 8,640 doses of the vaccine and an additional 8,000 doses are expected to be available in the coming days, WHO said.

Congo's ninth outbreak of Ebola since 1976 is believed to have killed at least 28 people so far.

Officials are particularly concerned by its appearance in Mbandaka, a crowded trading hub on the Congo River with road, water and air links to Congo's capital, Kinshasa.