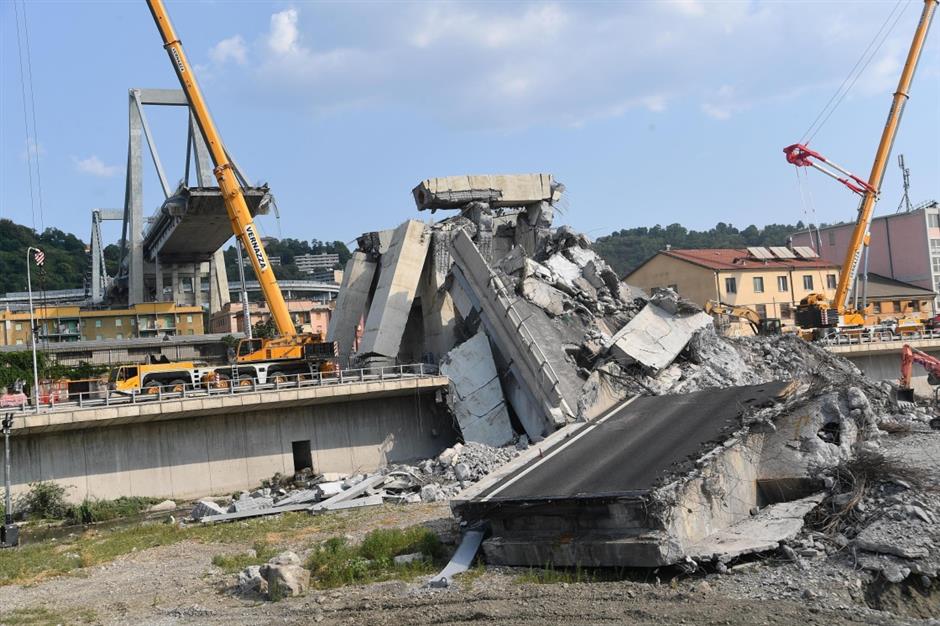 The search for missing persons in the deadly Genoa bridge disaster has been called off, the city's prefecture said in a statement late on Sunday.

The midsection of the busy Morandi Bridge in Italy's northwestern port city of Genoa collapsed during a torrential downpour just before noon on Tuesday, sending some 30 cars and trucks crashing onto a riverbed, train tracks, and warehouses that lay 45 meters below.

The final death toll stood at 43, the Genoa prefecture said in a statement.

They included families with children, couples, and groups of young friends going on holiday. They included people from Albania, Colombia, Chile, France, Jamaica, Romania, and Peru, according to the prefecture.

A total of 16 survivors were pulled out of the rubble, one of whom subsequently died. Eight people remain hospitalized, the prefecture said.

The round-the-clock rescue effort continued uninterruptedly until it was called off on Sunday.

Now the focus is on cleaning up the site of the disaster, including removing debris from the riverbed to prevent possible flooding, the prefecture said.

The parts of the viaduct that are still standing, as well as all the debris and the vehicles that fell off it, have been seized as evidence by the Genoa prosecutor's office, which launched a criminal investigation last week.