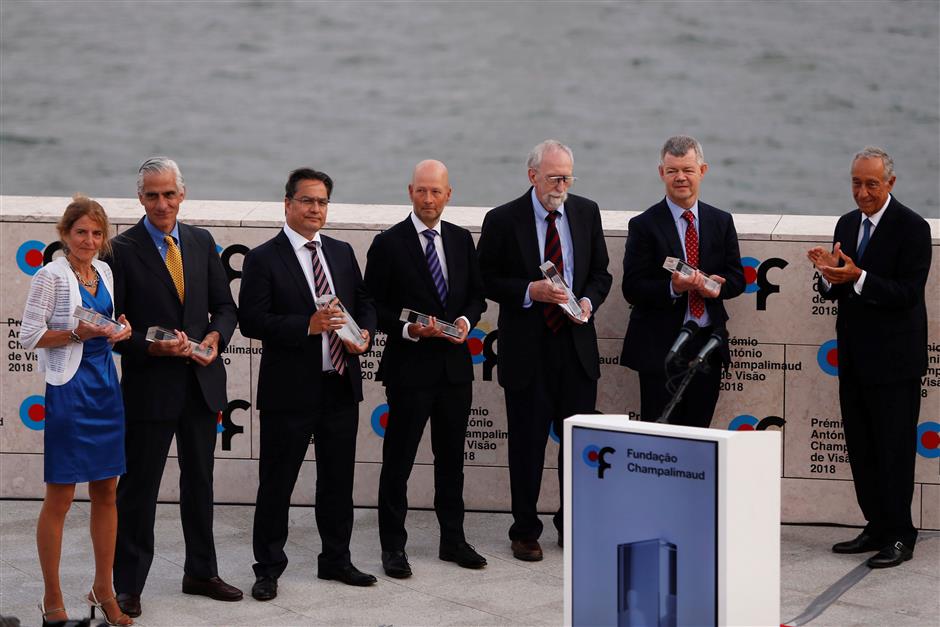 The Antonio Champalimaud Vision Prize for this year was awarded to seven researchers from the United States and Britain who developed revolutionary gene therapy for a form of inherited childhood blindness, Portugal Champalimaud Foundation announced Tuesday.

Launched in 2006, the 1-million-euro prize (US$1.15 million) is believed to be the largest in the world in the area. This year it was shared by Michael Redmond of US National Eye Institute, who discovered a genetic therapy for Leber congenital amaurosis, a form of childhood blindness, and six other researchers from research teams in Pennsylvania, Florida and London.

The discovery is the first gene therapy that manages to cure an inherited disease and opens the way for the development of genetic therapies for the treatment of hereditary diseases, the foundation said.

The foundation, which focuses on neuroscience and oncology research at its Lisbon base, was set up at the bequest of Portugal's late industrialist Antonio Champalimaud who died in 2004.

The winners are chosen by an international panel that includes Nobel Prize-winning scientists, distinguished clinician-scientists and prominent leaders in international development. The award can be used to pursue more open-ended, creative research that otherwise might not get more conventional grant funding, the foundation said.