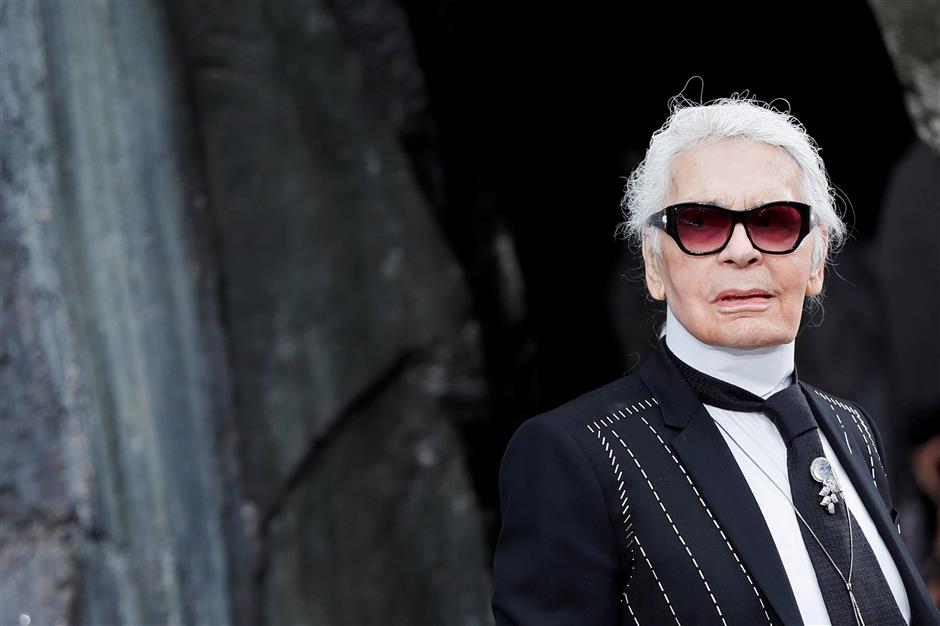 German designer Karl Lagerfeld appears at the end of his spring/summer 2018 women's ready-to-wear collection show for Chanel during Paris Fashion Week on October 3, 2017.

German haute-couture designer Karl Lagerfeld, artistic director of Chanel and an icon of the global fashion industry for over half a century, has died, a source at the French fashion house Chanel said on Tuesday. He was 85.

Lagerfeld, instantly recognizable in his dark suits, pony-tailed white hair and tinted sunglasses, was best known for his association with Chanel but simultaneously delivered collections for LVMH's Fendi and his own eponymous label.

French celebrity online magazine Purepeople said Lagerfeld died on Tuesday morning after being rushed to a hospital in Neuilly-sur-Seine just outside Paris the night before.

A spokesman for Chanel was not immediately available for comment.