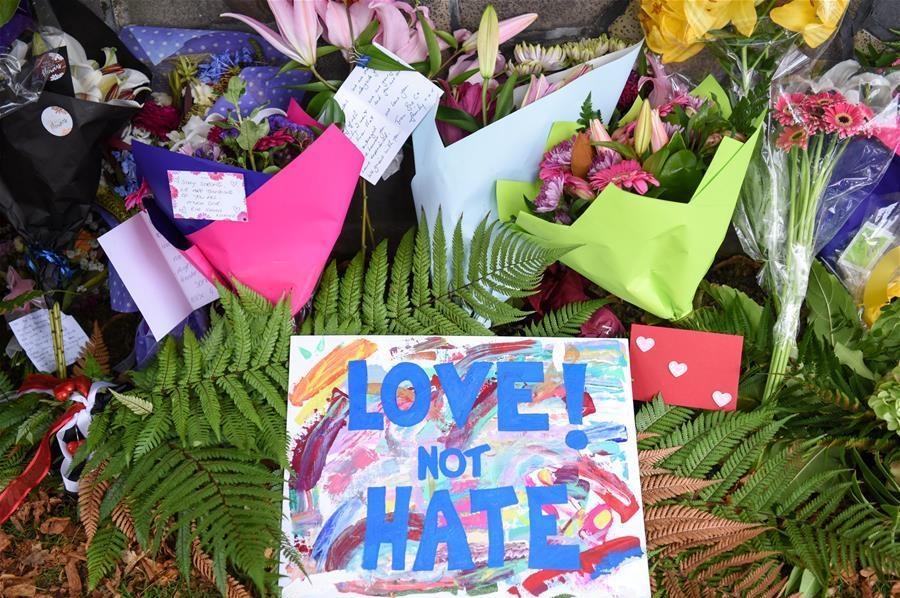 Photo taken on March 16, 2019 shows cards and flowers people placed to mourn the victims of the attacks on two mosques in Christchurch, New Zealand.

The death toll from the terror attacks on two mosques in New Zealand's Christchurch has risen to 50 as one more victim was found at one of the shooting scenes, the police said on Sunday.

Investigators found the victim while removing bodies from the Masjid Al Noor Mosque where more than 40 people were killed as a gunman stormed the mosque and went on a shooting rampage on Friday afternoon, Police Commissioner Mike Bush told a press conference.

Meanwhile, the number of the injured people from the terror attacks stood at 50, and 36 of them were still being treated in Christchurch Hospital, with two remaining in intensive care unit and one child at a children's hospital, according to the police.

For the time being, 28-year-old Australian Brenton Tarrant was charged with murder. The terror suspect appeared briefly in the Christchurch District Court on Saturday morning.

The charging document showed the maximum penalty will be life imprisonment. He will appear in court again on April 5, according to the High Court in Christchurch.

After the deadly attacks, New Zealand's Prime Minister Jacinda Ardern said on Saturday the country's gun law would be changed.

"Our gun law will be changed," said Ardern, noting that the killer had a legitimate gun license.

The prime minister told the public that the suspect of the deadly attacks used modified semi-automatic weapons.

Altogether five guns were discovered, two of which were semi-automatic guns. Other weapons and firearms were also retrieved by the police.

Major public events during the weekend have all been cancelled across New Zealand and security has been beefed up in places like the airport.

However, the city of Christchurch has remained defiant after New Zealand's worst ever terror attacks,

Religious institutions on Saturday afternoon opened their doors to all faiths as a symbol of peace, while businesses chose to stay open as a sign of strength and the people of the garden city decided to come together in a show of unity.

Not far from the mosques where the shootings happened, people came to place flowers to express their condolences to the victims.