Apologetic Assange is jailed for 50 weeks 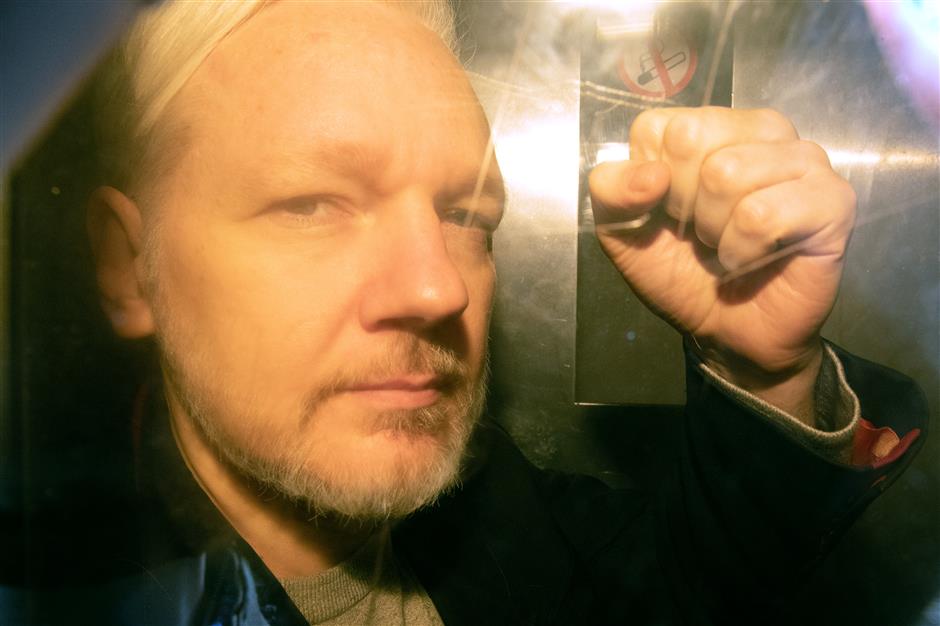 Julian Assange gestures from the window of a prison van as he is driven into Southwark Crown Court in London.

Assange was convicted of breaching his bail by entering the Ecuadorian embassy seven years ago.

He said he found himself “struggling with terrifying circumstances” and did what he thought best.

He apologized to those who “consider I’ve disrespected them,” a packed gallery at Southwark Crown Court heard.

“I did what I thought at the time was the best or perhaps the only thing that I could have done,” he said.

As he was taken down to the cells, Assange raised a fist in defiance to his supporters in the public gallery behind him.

They raised their fists in solidarity and directed shouts of “Shame on you” toward the court.

Assange sought asylum in the Ecuadorian embassy in June 2012 to avoid extradition to Sweden, where he was wanted for questioning over rape and sexual assault allegations.

But Ecuador evicted him on April 11. The judge in the case against Assange did not agree that the WikiLeaks founder had already been punished by being holed up in the embassy for seven years.

“I reject the argument you were living in prison conditions,” the judge said.

A judge at an earlier hearing said the 47-year-old hacker’s offence “merits the maximum sentence.”

He faces a separate court hearing today over a US extradition request on charges of conspiring to break into a Pentagon computer system.

The UK will decide whether to extradite Assange to the US in response to allegations that he conspired with former US intelligence analyst Chelsea Manning to download classified databases.

Assange made international headlines in early 2010 when WikiLeaks published a classified US military video showing a 2007 attack by Apache helicopters in Baghdad that killed a dozen people.