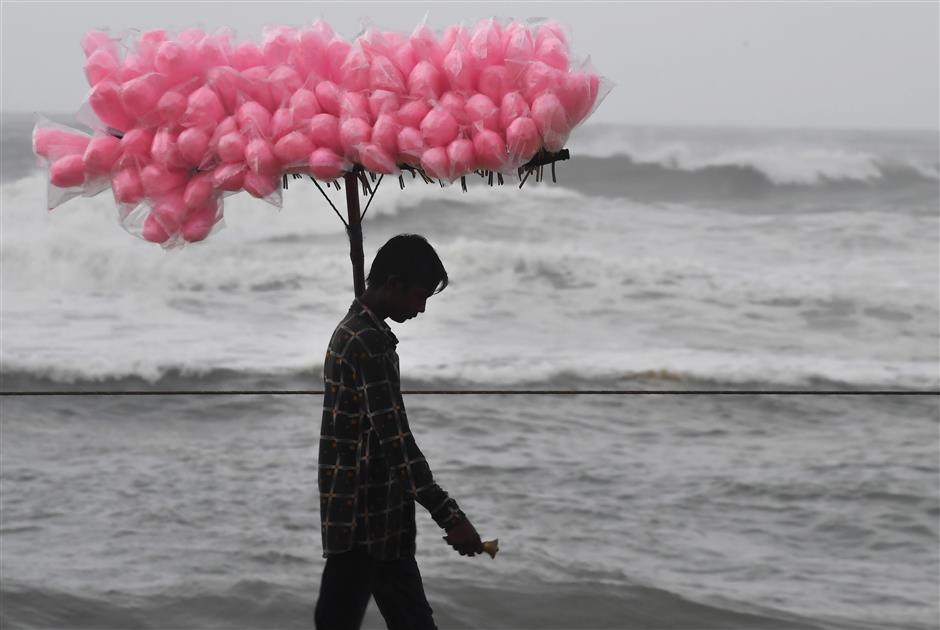 An Indian candy vendor walks along a closed beach in Puri in the eastern Indian state of Odisha on May 2, 2019, as cyclone Fani approaches the Indian coastline.

More than 1 million people have been evacuated in and around India's eastern city of Puri, and all flights and 200 trains have been canceled in the wake of the "Fani" cyclone which is expected to make the landfall in eastern parts of the country on Friday morning.

Being described as the worst cyclone to hit the country in the past two decades, it is feared to be accompanied by winds at a speed of up to 225 km per hour. The eastern state of Odisha was battered by a super cyclone in 1999 leaving around 10,000 people dead.

A high alert has been sounded in four Indian states, Odisha, Andhra Pradesh, West Bengal and Tamil Nadu. As many as 13 districts of the eastern state Odisha are likely to be worst-hit by the cyclone.

More than 50 teams of the Indian Coast Guard, Indian Navy and National Disaster Response Force have been deployed to carry out the relief and rescue work during and after the cyclone.

Local media reported that people living in over 10,000 odd villages and 52 urban areas have been shifted to cyclone shelters and other safe houses.

Indian Prime Minister Narendra Modi held a high-level meeting in New Delhi on Thursday evening to take stock of the situation ahead of the cyclone.