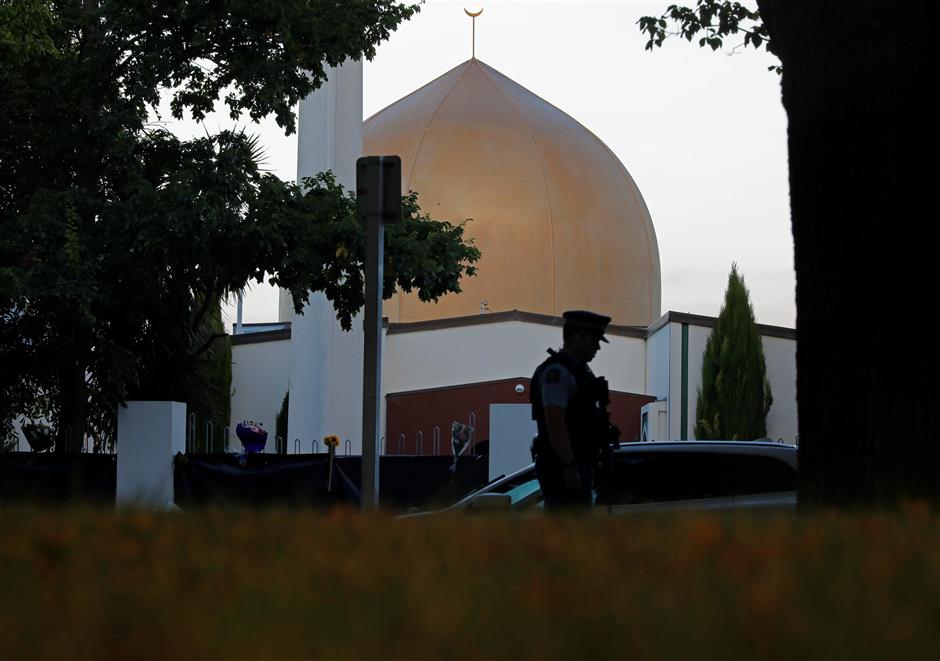 In this March 17, 2019, file photo, a police officer stands guard in front of the Al Noor mosque in Christchurch, New Zealand.

"My heartfelt condolences go to the family and community of this man who has died overnight in Christchurch Hospital," Ardern said in a statement.

"This sad news will be felt across Turkey, as well as New Zealand," she said, adding this man has been in intensive care since the attack.

"We have all been hoping for the best however he has now succumbed to the injuries sustained in the shooting at the Al Noor Mosque," the prime minister said.

Ardern thanked all the medical staff who have cared for the 49 men, women and children who were shot and wounded in the attack and taken to hospital.

Nine people shot in the terrorist attack remain in hospital, and all are in a stable condition, Ardern said, adding, "As a country we continue to send our hope for their speedy recovery."