Thrust reverser 'not working' on Florida plane that crashed in river 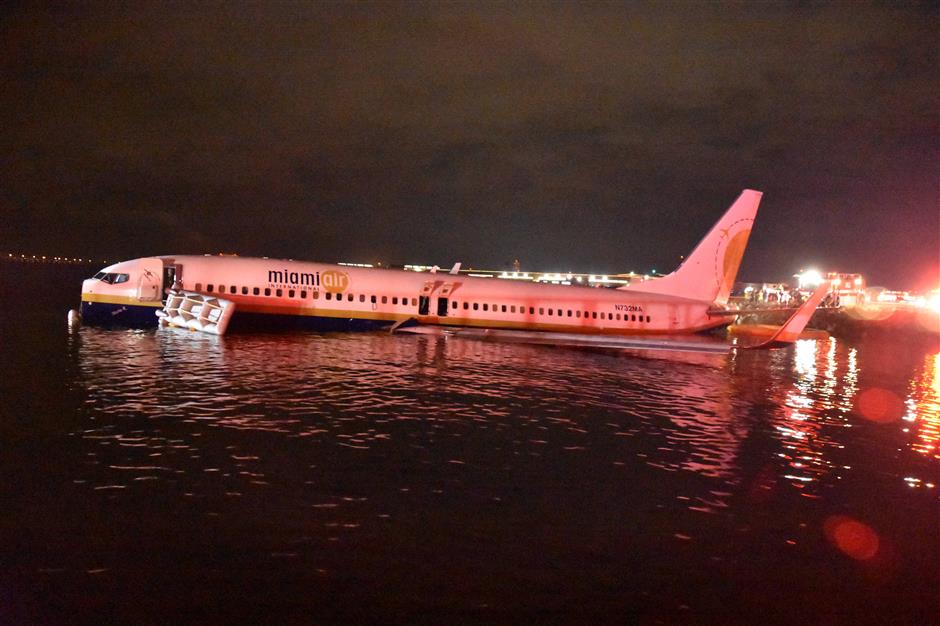 This image released by the US Navy shows a Boeing 737 aircraft carrying 136 passengers and seven crew after it slid into the St. Johns River during landing at Naval Air Station Jacksonville, Florida, on May 3, 2019.

A feature that helps aircraft slow down on landing was broken on a Boeing 737 that skidded into a river in Florida, a top transportation safety official said on Sunday.

The plane carrying 143 people slid off the runway after a hard landing at a naval air station in Jacksonville during a lightning storm. Police said 21 people were taken to hospital.

Transport safety officials said one of the thrust reversers which are supposed to help to slow the aircraft down was not working.

“The aircraft had been in maintenance and the maintenance log noted that the left-hand thrust reverser was inoperative,” Bruce Landsberg, vice chairman of the National Transportation Safety Board, told reporters. The pilot also requested a change of runway, landing on one air traffic control advised had naval equipment on it, reducing the available runway length by 1,200 feet.