Military drill on Saturday a 'routine' one, DPRK says 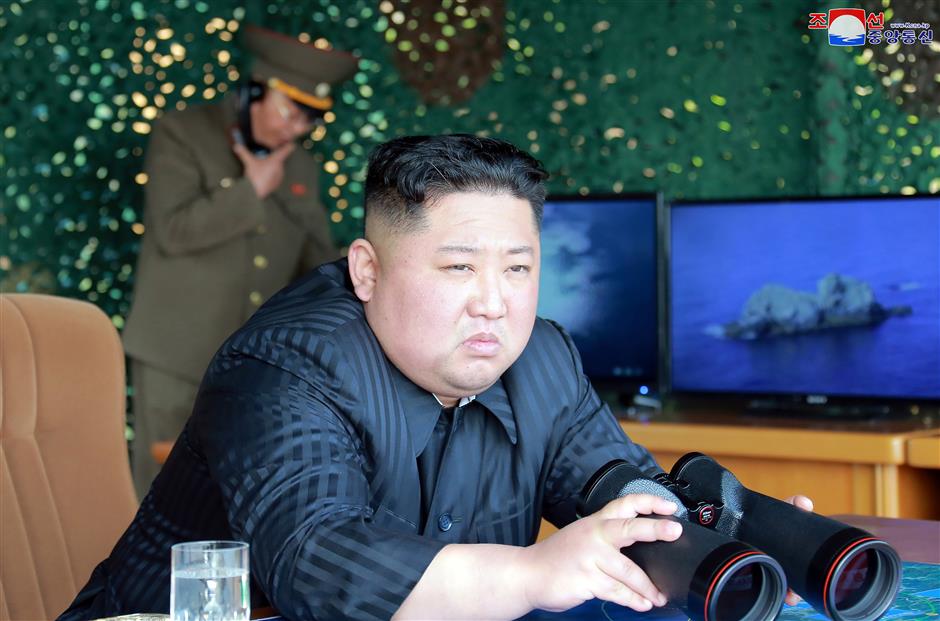 This picture taken on May 4, 2019, and released from Korean Central News Agency on May 5, 2019, shows DPRK leader Kim Jong-Un supervising a "strike drill," in an undisclosed location in DPRK.

The Democratic People's Republic of Korea has said the strike drill conducted Saturday was a "routine" one and that no one has the right to condemn it, the official Korean Central News Agency reported Wednesday.

The remarks were made by a spokesman of the delegation of the DPRK's side for the north-south general-level military talks and a spokesperson for the DPRK's Ministry of Foreign Affairs on Wednesday, according to the KCNA.

The drill "was conducted within the territorial waters of the DPRK according to a plan of KPA routine drill," said the spokesman from the KPA.

The spokesperson of the Foreign Ministry also stressed that the military drill was a "routine and self-defensive" one.

"The recent drill conducted by our army is nothing more than part of the regular military training, and it has neither targeted anyone nor led to an aggravation of situation in the region," said the spokesperson of the Foreign Ministry.