US to deploy 1,000 more troops to Poland: White House 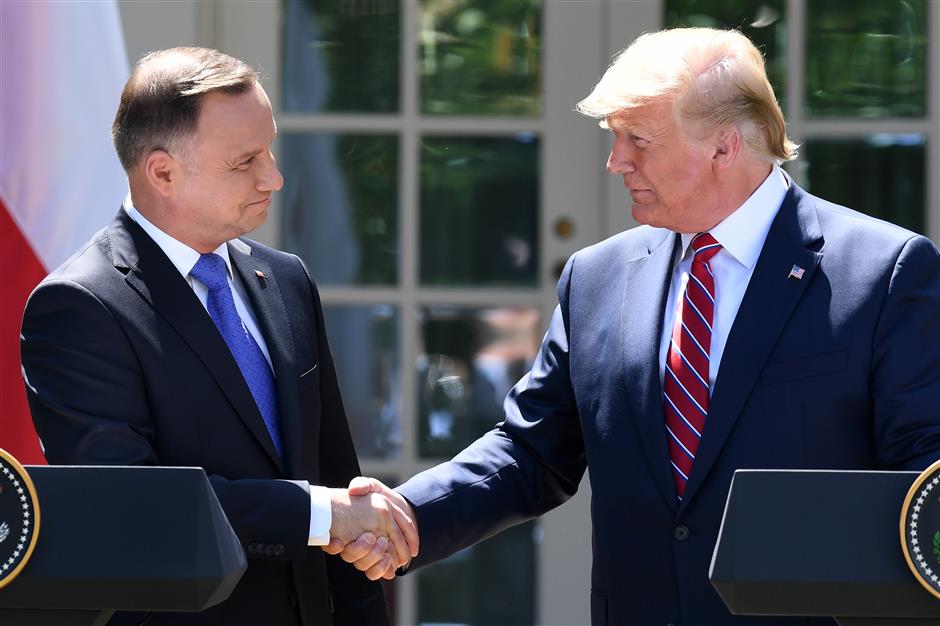 US President Donald Trump and Polish President Andrzej Duda shake hands after holding a joint press conference in the Rose Garden of the White House in Washington, DC, June 12, 2019.

The White House said Wednesday that the United States would deploy 1,000 additional troops to Poland, a move that might raise security concerns from Russia.

"The United States and Poland have agreed on a framework to deploy an additional 1,000 troops to Poland," the White House said in a statement.

US President Donald Trump announced Wednesday during a joint press conference with visiting Polish President Andrzej Duda that the infrastructure for the 1,000 US troops would be constructed by the Polish government, "at no cost to the United States."

Duda said that the increased US military presence in Poland is necessary to defend against Russia and solidify Poland's ties to the West.

Poland, which joined NATO in 1999, currently hosts around 4,500 US troops. It has been lobbying for a permanent US military base on Polish soil, even offering to pay US$2 billion in costs.

Trump praised Poland's fulfilment of the commitment to spending more than 2 percent of its GDP on defense, which the Trump administration has repeatedly demanded for other NATO allies.

Trump also noted that he is seriously considering visiting Poland in September.

Washington and Warsaw have been strengthening their security and diplomatic ties. The two countries are on the same page on multiple regional issues such as Iran nuclear issue, alleged Russia's threat as well as the Nord Stream 2 pipeline project.