Average summer temperatures in Europe might be largely higher in coming decades: WMO 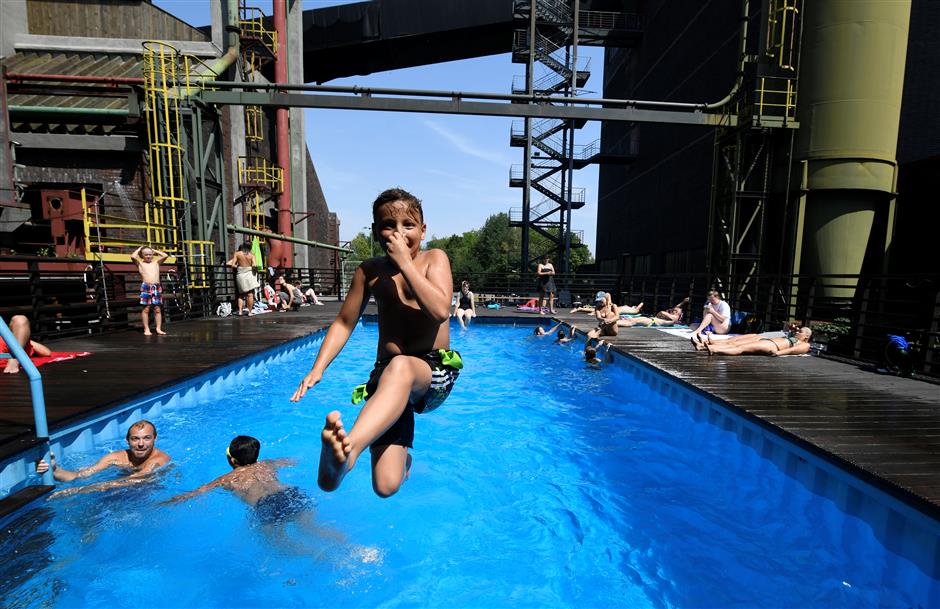 The boy Fabio jumps into the 'Werksschwimmbad' swimming pool at Zeche Zollverein on July, 26, 2019, in Essen, western Germany.

The World Meteorological Organization on Friday warned that by mid-century average summer temperatures in some European countries might be 4.5 degrees higher.

Talking about the second heat-wave in less than a month, the WMO said that if the greenhouse emissions continued to increase, according to a Swiss analysis, "by mid-century average summer temperatures might be 4.5 degrees higher than now."

"The UK had had its warmest summer ever; because of climate change, record breaking summers in the UK are expected to happen every other year by 2050," it said.

Clare Nullis, the spokesperson for WMO, told a press briefing here on Friday that the new widespread and intense heat-wave affected Europe with many new maximum and minimum temperatures broken.

What was significant, she said, was that the records had been broken by 2, 3 or 4 degrees, and not by a usual fraction of a degree.

Over the past days, the Benelux countries and Germany had experienced temperatures over 40 degrees, Paris had also seen record temperatures with 42.6 degrees, and the UK had seen its hottest July day on record.

Those high temperatures had disrupted transport and infrastructure, placing stress on people's wellbeing, Nullis said, adding that the heat would now be transported towards Greenland, which would result in high temperatures and contribute to the melting of Greenland's ice sheets.

She told reporters that there had been quite rapid melting of the ice sheets in Greenland recently: in July 160 billion tons of ice in Greenland had surface-melted, which corresponded to the water of 64 million Olympic swimming pools.