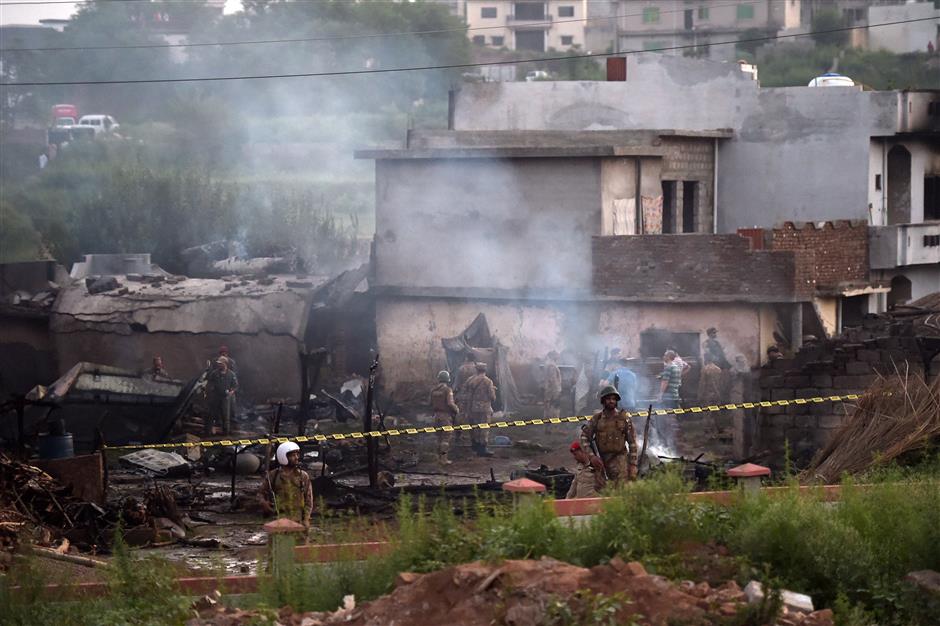 Military personnel work at the scene where a Pakistani Army Aviation Corps aircraft crashed in Rawalpindi on July 30, 2019.

Fifteen people were killed when a small army plane crashed into a residential area in the Pakistani city of Rawalpindi near the capital Islamabad, a rescue official told AFP early Tuesday.

"A small plane crashed into a residential area. So far we have retrieved 15 dead bodies, including 10 civilians and five crew members," rescue spokesman Farooq Butt said, adding that a further 12 people had been injured.

The smouldering, blackened wreckage of the plane, its tail fin bearing army markings, could be seen alongside two small buildings as rescue workers and military personnel cordoned off the area.