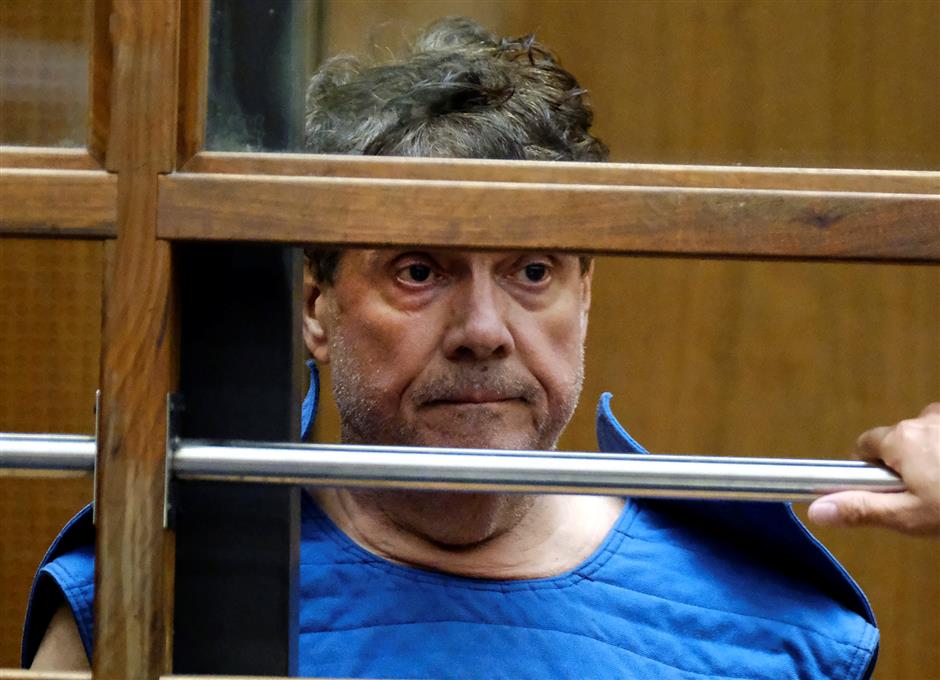 In this July 1, 2019, file photo, George Tyndall, 72, listens during an arraignment at Los Angeles Superior court in Los Angeles.

Former University of Southern California gynecologist George Tyndall who has been accused of sexually abusing student patients, including some from China, has surrendered his medical license, US medical officials said on Monday.

The surrender of the license became effective on September 5, according to the Medical Board of California.

"The incidents outlined in the Board's accusation against George Tyndall are egregious violations," said Kimberly Kirchmeyer, the Board's executive director, in a statement.

"On behalf of California consumers, the Board achieved the highest level of patient protection with the surrender of Tyndall's license," added Kirchmeyer.

After learning about the reports of the sexual misconduct, the Board petitioned for and obtained an interim suspension order against Tyndall, preventing him from practicing medicine until the accusation filed against his license reached conclusion, said the statement.

The complaints against Tyndall include improperly photographing students' genitals, touching women inappropriately during pelvic exams and making sexually suggestive remarks about their bodies. More than 400 former female students have filed lawsuits against USC for failing to address complaints about the campus gynecologist.

The university said last October that it has reached agreement in principle on a US$215 million class action settlement with former patients of the gynecologist who had worked as the only full-time gynecologist at the USC student clinic for nearly 30 years. The settlement will be one of the largest settlements to be reached by a US university facing accusations of sexual misconduct.

According to Deng Law Center in Los Angeles, three former Chinese students joined the lawsuits against the university last year.

The USC is a leading private research university located in Los Angeles in the US state of California. A total of 45,500 students were enrolled in the 2017-2018 academic year, including around 5,400 from the Chinese mainland, accounting for about half of the USC's international enrollment, according to the university's Office of International Services.