US actress sentenced to prison time for college admissions scandal 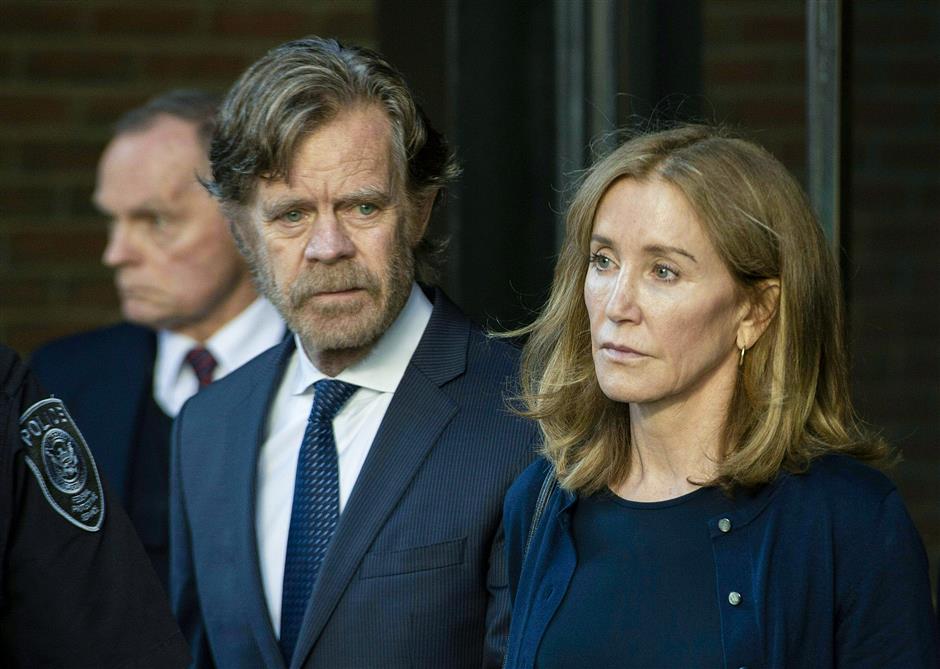 Actress Felicity Huffman, escorted by her husband William H. Macy, exits the John Joseph Moakley United States Courthouse in Boston, where she was sentenced by Judge Talwani for her role in the College Admissions scandal on September 13, 2019.

US actress Felicity Huffman was sentenced on Friday to 14 days in jail for paying bribes to get her daughter admitted to a top university.

Huffman, 56, also received a fine of US$30,000, 250 hours of community service and one year supervised release, federal judge Indira Talwani said in a court in Boston, Massachusetts.

"I think you take your sentence and you move forward," Talwani told Huffman. "You can rebuild your life after this. You've paid your dues."

Huffman, who must report to prison on October 25, said in a statement that she accepts the "court's decision today without reservation."

"I broke the law. I have admitted that and I pleaded guilty to this crime. There are no excuses or justifications for my action," she said.

Huffman pleaded guilty in May to paying US$15,000 to boost her daughter's SAT college entrance exam score.

The former "Desperate Housewives" actress was the first parent to be sentenced among dozens indicted in a wide-ranging scam to help children of the elite secure places in prestigious US universities.

Authorities said that William "Rick" Singer, the ringleader behind the scam, was paid about US$25 million to bribe coaches and college administrators.

Singer has pleaded guilty and is cooperating with authorities. His sentencing will take place on September 19.