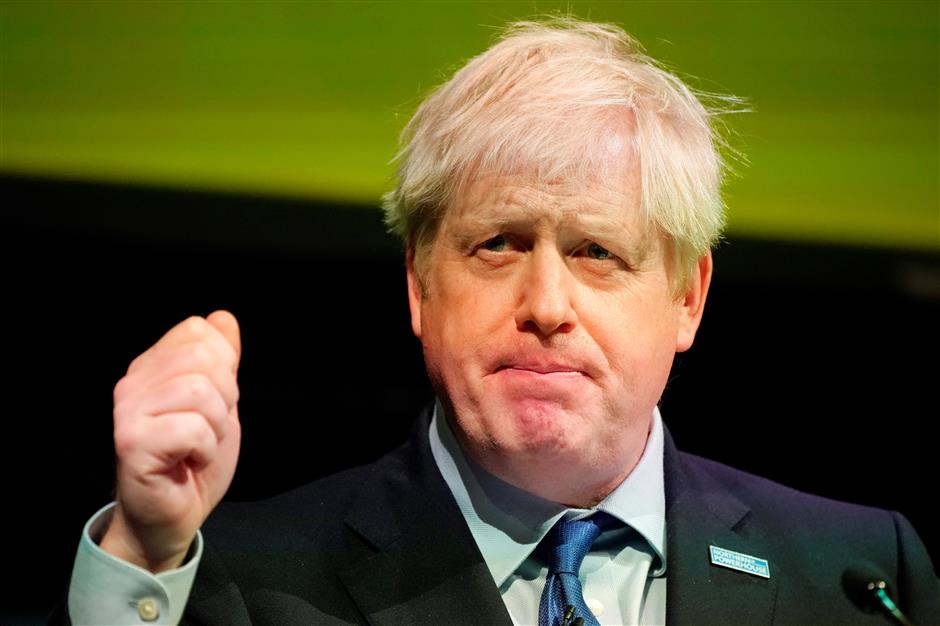 Britain's Prime Minister Boris Johnson gestures as he delivers his speech at the Convention of the North, in the Magna Centre in Rotherham, northern England on September 13, 2019.

British Prime Minister Boris Johnson confirmed Friday that he will hold a crucial meeting in Brussels on Monday in his latest bid to win a Brexit deal.

During a visit on Friday to the county of Yorkshire, Johnson said during a keynote speech that he would be meeting the European Union's chief Brexit negotiator, Michel Barnier, and European Commission President Jean-Claude Juncker on Monday.

"We will talk about the ideas that we've been working on and we will see where we get. I would say I'm cautiously optimistic," he said, adding that Britain will leave the EU by the October 31 deadline whatever happens.

"We are working incredibly hard to get a deal. There is the rough shape of a deal to be done. I myself have been to talk to various other EU leaders, particularly in Germany, in France and in Ireland, where we made a good deal of progress," he added.

Media reports from mainland Europe indicate that Johnson may face an uphill struggle securing the kind of deal he is seeking to bring Britain out of the bloc.

In Yorkshire where he met business leaders and politicians from across northern England, Johnson was also heckled and asked why he wasn't in the Houses of Parliament.

It was a reference to Johnson's suspension of the House of Commons, or the lower house, for five weeks, a move criticized by opponents as an attempt of Johnson to stifle debate on Britain's future with the EU.

A vote in the House of Commons before its shutdown earlier this week means Johnson will have to ask Brussels to extend Britain's EU membership until January 31 if there is no deal reached by the deadline.

Despite warnings that he has to abide by the decision, Johnson has insisted that he will not ask the EU for an extension.

On Tuesday, Johnson faces another major hurdle when his decision to suspend, or prorogue the British Parliament, goes before the Supreme Court.

Three judges in Scotland have already ruled that the advice Johnson gave to Queen Elizabeth II to secure the British monarch's assent for the suspension was wrong.

If the Supreme Court also rules that Johnson's advice was wrong, he will face intense pressure by opposition politicians to immediately recall the parliament rather than wait until October 14 when it is scheduled to reopen.

Johnson said Friday that even with the suspension, lawmakers will still have time to debate Brexit before the current October 31 deadline.

Although Johnson will meet two of the key figures from the EU side on Monday, political commentators in London said Friday night that the real focus will come on October 17, when he will attend a meeting of the European Council, which is made up of the leaders of the 28 member states of the bloc.