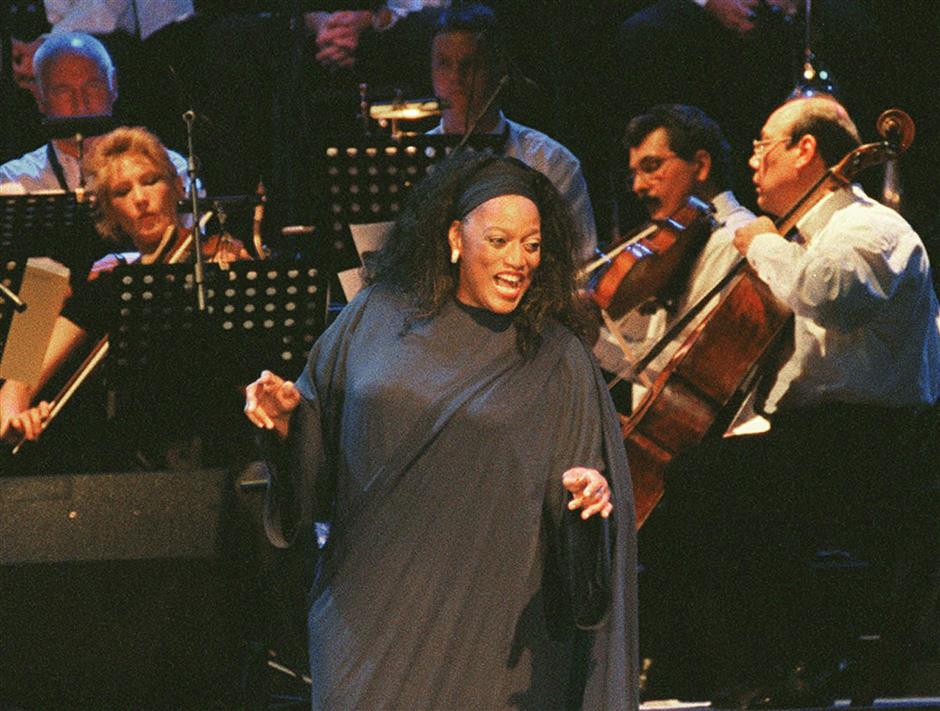 Celebrated opera singer Jessye Norman, an American soprano who showcased her majestic voice in performances around the world, died Monday, her family said. She was 74 years old.

The Grammy winner died "surrounded by loved ones" at a New York hospital due to septic shock and multi-organ failure after complications from a 2015 spinal cord injury, a statement said.

"We are so proud of Jessye's musical achievements and the inspiration that she provided to audiences around the world that will continue to be a source of joy," said her family.

Praising her "beautiful tone, extraordinary power, and musical sensitivity," New York's Metropolitan Opera -- where she sang more than 80 performances -- dedicated its Monday show of "Porgy and Bess" to Norman.

"Jessye Norman was one of the greatest artists to ever sing on our stage," said general manager Peter Gelb in a statement. "Her legacy shall forever live on."

Born September 15, 1945 in Augusta, Georgia, Norman grew up surrounded by music as one of five children in a family of amateur artists.

She made a foray into gospel at age four, and as a young girl began listening to radio broadcasts of performances at the Metropolitan Opera, where she would eventually become legend.

Growing up in the segregated American South, at five years old she sat in a "whites only" section in a train station, becoming an unknowing young activist.

"We come to Earth, I feel, with a completely open heart," she told NPR. "And then we're told that we have to close it off to certain things. And that's a great shame."

She studied music on a full-tuition scholarship at the historically black college Howard University in Washington before going on to the Peabody Conservatory and the University of Michigan.

She established herself in Europe in the 1970s, making her operatic debut in Berlin in 1969 before dazzling audiences across on the continent including Italy. She eventually moved to London and spent years performing recital and solo work.

Perhaps best known for her Wagnerian repertoire, the regal Norman made her Met debut in 1983 as Cassandra in Hector Berlioz's "Les Troyens" during the house's centennial season.

"Her huge voice is a velvet wonder, totally seamless when she so desires," wrote The Washington Post's Octavio Roca in a 1980 review. 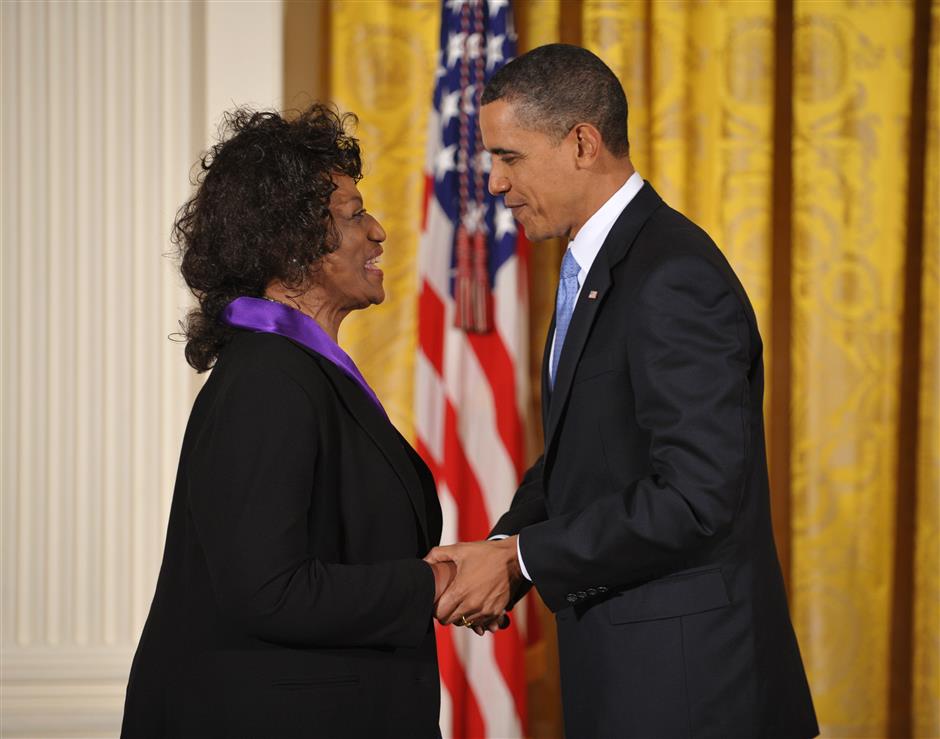 News of her death triggered a wave of tributes, including from American-Canadian singer-composer Rufus Wainwright, who said "the world has lost one of the greatest voices that we have ever had and heard."

"She poured herself out for us," Wainwright tweeted. "Rest in peace, dearest Jessye Norman."

Norman held a slate of honorary doctorates from prestigious schools including Juilliard, Harvard and Yale.

She earned a prestigious Kennedy Center Honor at age 52 in 1997, and president Barack Obama bestowed her with a National Medal of Arts.

Her notable performances include two US presidential inaugurations, the 60th birthday celebrations of Britain's Queen Elizabeth, the opening ceremonies of the Atlanta Summer Olympics in 1996, and at the bicentennial of the French Revolution in Paris in 1989.

She was a Commander in France's Order of Arts and Letters, and also had an orchid named after her.

She took on much of the cost of opening the Jessye Norman School of the Arts, which provides free after-school arts programming to disadvantaged children in Georgia.

Her personal life remained shrouded in mystery, though her 2014 biography "Stand Up Straight and Sing!" alluded that a French aristocrat once proposed to her.

"The beauty and power, the singularity of Jessye Norman's voice. I don't recall anything quite like it," Morrison said.