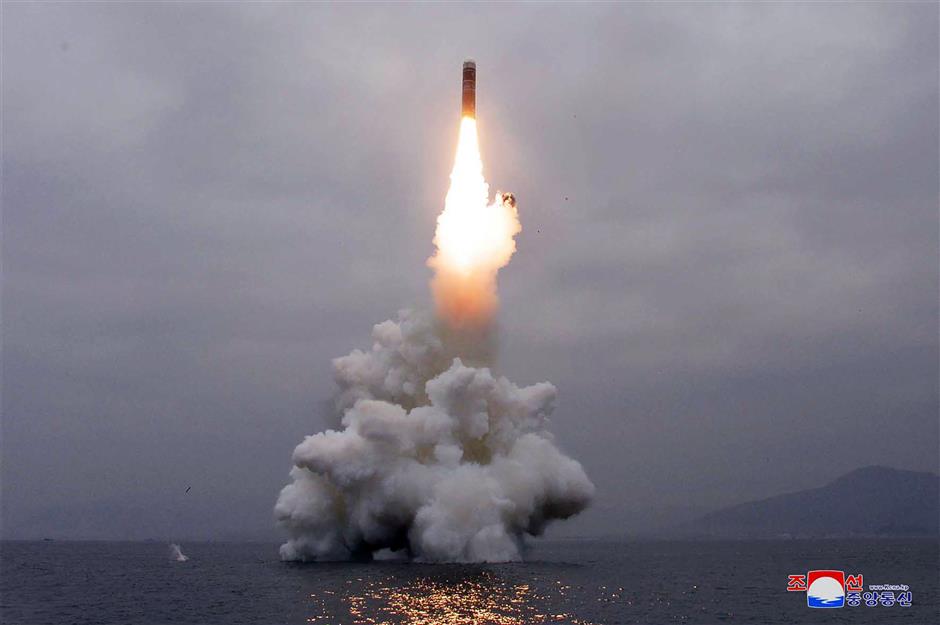 This picture taken on the morning of October 2, 2019, and released by DPRK's Korean Central News Agency (KCNA) on October 3, 2019, shows the test-firing of "the new-type SLBM Pukguksong-3" in the waters off Wonsan Bay.

The Academy of Defense Science fired the new-type ballistic missile, known as Pukguksong-3, in vertical mode in the waters off the county's eastern Wonsan Bay, the report said.

"The test-firing scientifically and technically confirmed the key tactical and technical indexes of the newly-designed ballistic missile and had no adverse impact on the security of neighboring countries," it added.

Top DPRK leader Kim Jong Un did not guide the test-firing personally but sent warm congratulations on behalf of the Central Committee of the ruling Workers' Party of Korea to the research units involved in the test-firing, the report said.

The successful test-firing is of great significance as it "ushered in a new phase in containing the outside forces' threat to the DPRK and further bolstering its military muscle for self-defence," it said.

US State Department spokesperson Morgan Ortagus later confirmed the talks, which she said would happen "within the next week."

Negotiations between the two countries have been deadlocked since a second summit between Kim and US President Donald Trump in February ended without a deal.