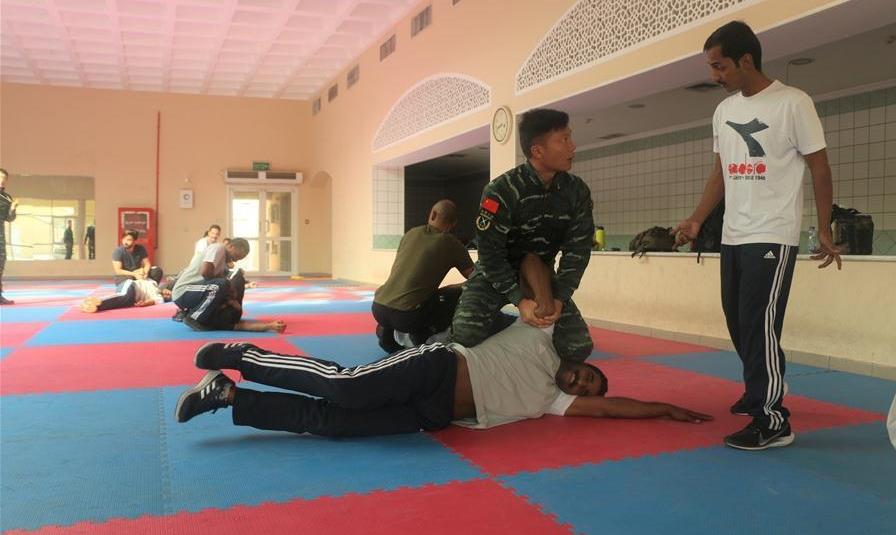 Following the rhythm of a famous Chinese song, Sun Jiangtao, an officer from the Chinese People's Armed Police Force (CAPF), performed Chinese Shaolin Kung Fu in a military camp of the Kuwait National Guard (KNG) and won warm applause of the audience.

It is part of the performance programme of a seven-member training group of the CAPF at the graduation ceremony of the military training for the KNG.

In the past month, seven officers from the CAPF trained KNG soldiers in shooting and combat tactics.

They not only demonstrated the tactical concept of the CAPF, but also taught the actual combat methods with the characteristics of traditional Chinese martial arts.

After one-month teaching course these Chinese drillmasters earned unanimous praise from the Kuwaiti soldiers and received the Medal of Honor awarded by the KNG at the ceremony.

On the sideline of the ceremony, Li Minggang, Chinese ambassador to Kuwait, told Xinhua that the training has opened a new chapter in the cooperation between the CAPF and the KNG.

"This is a major development of cooperation between the two countries since the establishment of the strategic partnership between China and Kuwait last year," Li noted.

At the ceremony, the Kuwaiti soldiers showed the results of the one-month training, including capture and counter-terrorism tactics.

Hamad Salem Al-Barjass, commander of protection and reinforcement of the KNG, told Xinhua that the CAPF has achieved great results in training of KNG soldiers.

"This is just a beginning, we look forward to the further cooperation between the two sides in the future," he said. 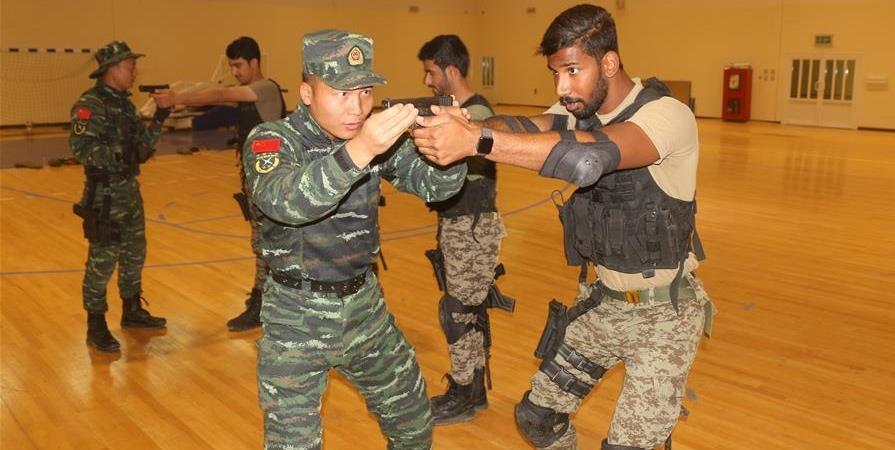 "I hope to break the traditional Chinese martial arts into modern fighting techniques, not only to strengthen the body, but also to make good use of it, so that Chinese Kung Fu can be passed down and carried forward," he noted.

According to Li, the KNG soldiers who participated in the training were very eager to learn the Chinese Kung Fu.

Meshaal Saif Aldhafeeri, one of the KNG soldiers, was hurt once in waist.

"We have never learned such a strong practical technology, it can not only attack suddenly, but also defend quickly, it is suitable for us to perform the task," he said.

The training group also conducted a series of teaching activities for the Kuwaiti soldiers to convey new ideas and tactical methods of CAPF special operations, including the concept of actual rapid shooting techniques.