6 wild elephants trip down waterfall, get killed in Thailand 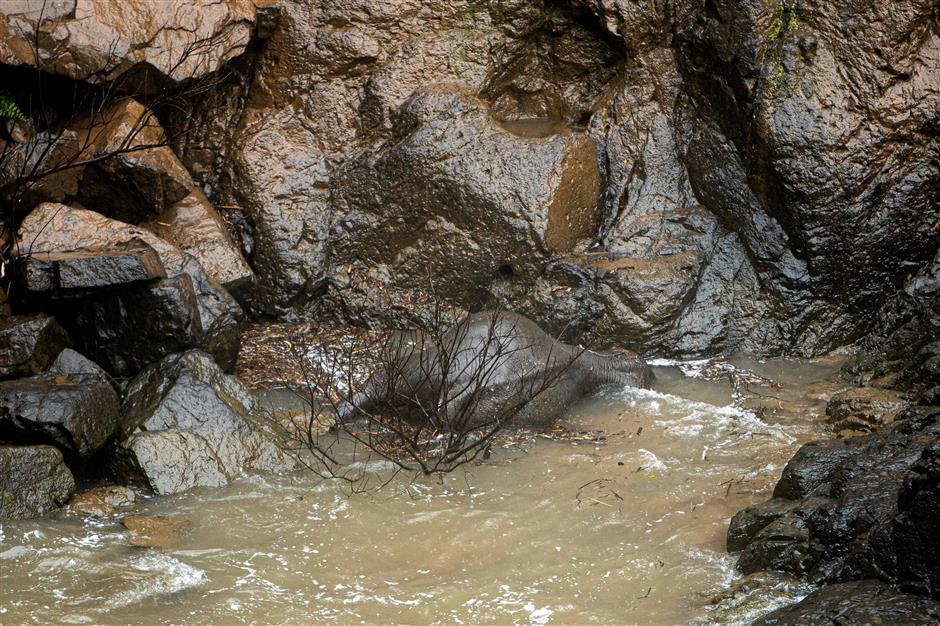 This photo by Thai News Pix taken on October 5, 2019, shows a dead elephant at the bottom of a waterfall after it fell to its death at Khao Yai National Park in central Thailand.

Six wild elephants were killed after they stumbled down a steep waterfall in Khao Yai national park in Thailand on Saturday, a park official said.

Khao Yai national park's chief official Khanchit Srinoppawan confirmed the six elephants were killed after they tripped down Heaw Narok (Ravine of Hell) waterfall in the national park at 03:00am local time Saturday.

Several other elephants in the same herd were injured. Their moaning prompted park rangers to scramble on a pre-dawn mission to rescue them.

The steep waterfall has been declared temporarily closed to visitors following the tragic incident, according to the national park's chief official.

Park rangers had pushed wild elephants away from a road running adjacent to the national park in Prachinburi province, about 160 kilometers east of Bangkok.