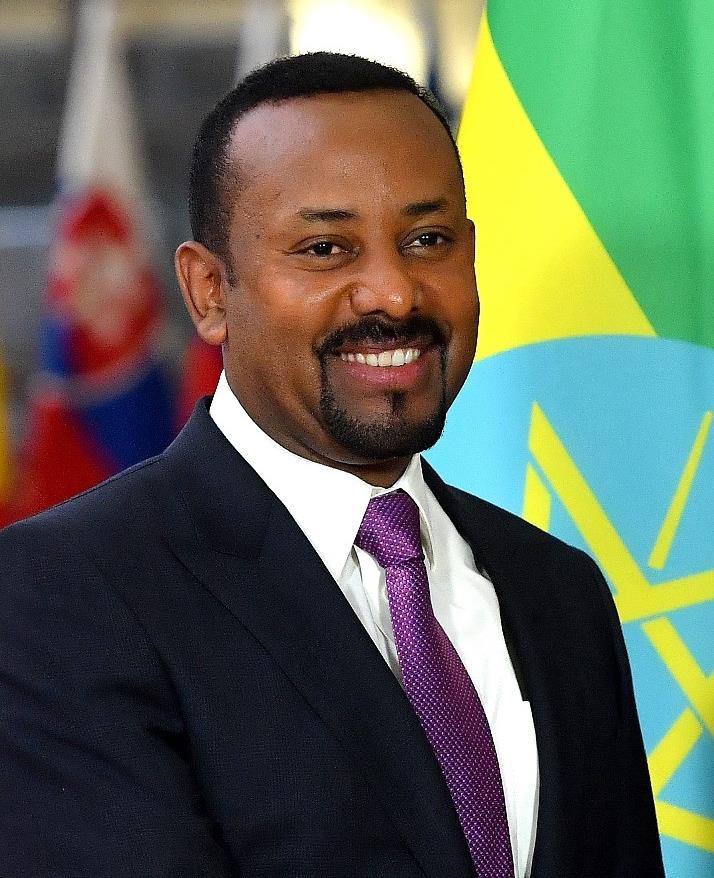 Hailed as a visionary and reformer, Ethiopian Prime Minister Abiy Ahmed won the Nobel Peace Prize on Friday for his efforts to resolve the long-running conflict with its neighbor Eritrea.

Ahmed was honored "for his efforts to achieve peace and international cooperation, and in particular for his decisive initiative to resolve the border conflict with neighbouring Eritrea," the Nobel Committee said.

Since coming to power in April 2018, after years of civil unrest in the nation, the 43-year-old has started mending relations with Eritrea following decades of conflict between the countries.

On July 9, 2018, following a historic meeting in Eritrea's capital Asmara, Ahmed and Eritrean President Isaias Afwerki formally ended a 20-year-old stalemate between the countries in the wake of the 1998-2000 border conflict.

A peace deal was signed later that year, and embassies have been reopened and flight routes between the countries resumed.

The continent's youngest leader has instilled a certain optimism in a region of Africa marred by violence.

"There is a wind of hope blowing in the Horn of Africa," UN Secretary-General Antonio Guterres said in September 2018.

The Nobel jury stressed that the Peace Prize was "also meant to recognize all the stakeholders working for peace and reconciliation in Ethiopia and in the East and Northeast African regions."

The Committee singled out Eritrean President Afwerki for praise, noting that "peace does not arise from the actions of one party alone."

"When Prime Minister Abiy Ahmed reached out his hand, President Afwerki grabbed it, and helped to formalise the peace process between the two countries."

The committee had to choose from more than 300 nominations this year.

Last year, the honor went to Congolese doctor Denis Mukwege and Yazidi campaigner Nadia Murad for their work in fighting sexual violence in conflicts around the world.

This year's prize will be presented at a ceremony in Oslo on December 10, the anniversary of the 1896 death of prize creator Alfred Nobel, a Swedish philanthropist and scientist.

The award consists of a gold medal, a diploma and 9 million Swedish kronor (around US$912,000).

On Thursday, the Swedish Academy in Stockholm awarded the 2018 Nobel Literature Prize, which it had postponed in the wake of a sexual harassment scandal, to Polish writer Olga Tokarczuk.

The 2019 prize was awarded to Austrian novelist Peter Handke, a choice that has sparked outrage because of his vocal support of Serbs during the collapse of the former Yugoslavia.

Achievements in Medicine, Physics and Chemistry have already been honored and the Economics Prize will wrap up the 2019 Nobel prize season on October 14.