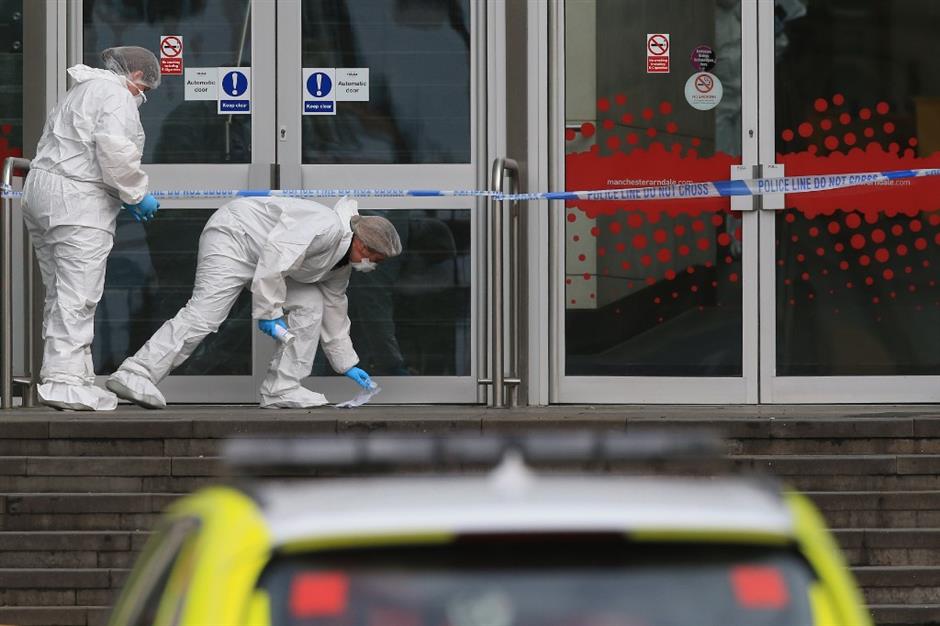 A man has been arrested on suspicion of terrorism offenses after several people were stabbed close to a shopping center in Manchester in northwest England, Greater Manchester Police said on Friday.

The man was armed with a "large knife" and began "lunging and attacking people with the knife" at the Arndale shopping center in downtown Manchester, said Assistant Chief Constable Russ Jackson of GMP.

He said the attack was likely to bring back memories of the "awful events of 2017," when 22 people died along with a suicide bomber in a terror attack after a concert at Manchester Arena.

The attacker's motivation is not known, Jackson said, but the police believe he had acted alone before being seized by armed officers.

Jackson also said they understood that none of the injuries are life-threatening.

GMP had said earlier five people were stabbed in the incident, but they have since confirmed that four people were injured in the attack.

In an earlier statement, GMP said that officers from Counter Terrorism Police North West are leading the investigation "given the location of the incident and its nature."

"In these early stages we are keeping an open mind about the motivation of this terrible incident and the circumstances as we know them," said the GMP.

The suspect in his 40s, who was arrested at the scene, remains in custody for questioning, according to the statement.