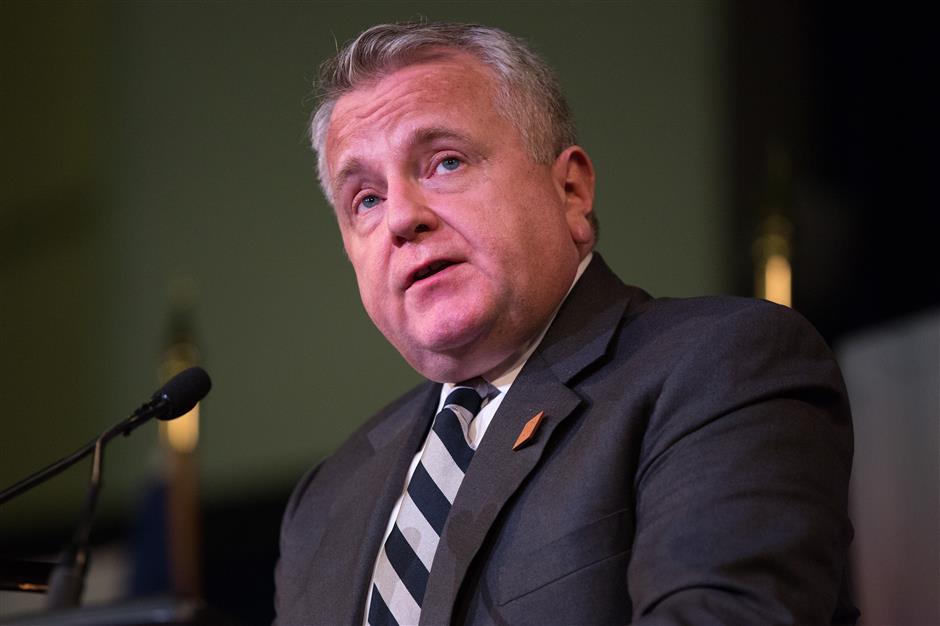 In this file photo taken on April 23, 2018, acting US Secretary of State John Sullivan speaks during a media availability during the G7 Foreign Minister meeting in Toronto, Ontario.

US President Donald Trump on Friday named Deputy Secretary of State John Sullivan as his pick for US ambassador to Russia, according to a White House statement.

Trump said in August that Sullivan "could very well be" his nominee to replace then US ambassador to Russia Jon Huntsman, who had announced his resignation earlier that month.

Sullivan's nomination needs to be confirmed by the Senate.

Sullivan took his current post in May 2017. Previously in his career, he had served as deputy secretary of commerce and held senior positions in justice, defense and commerce departments, according to the statement.

Huntsman said in a letter in early August that he had notified the president and Secretary of State Mike Pompeo about his decision to end the two years of service to "reconnect with our growing family and responsibilities at home."

US media reported that Huntsman left the post last week. Huntsman's resignation came during a difficult period of US-Russia relations. The two countries have been at odds over issues of Ukraine, Syria and arms control, among others.