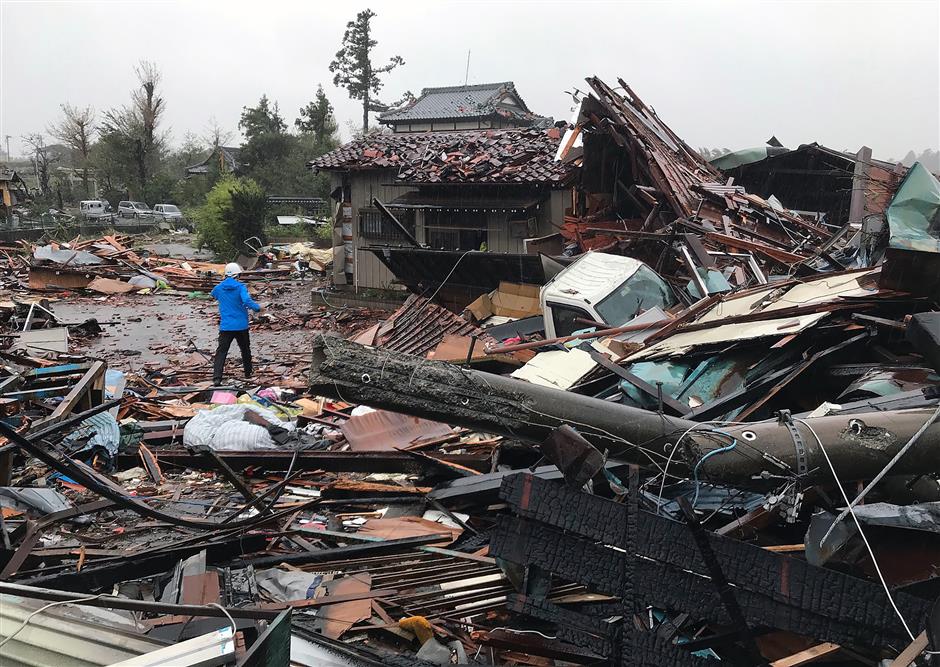 A man in his 50s was found dead in an overturned car in Chiba Prefecture near Tokyo, possibly hit by a tornado formed during the course of Typhoon Hagibis, which also ravaged several houses, local government officials said, while the police said a man died after being hit by a landslide in Gunma prefecture.

The typhoon has injured at least 70 people across the country and three people went missing, according to information provided by rescuers and other authorities.

The country remained at its highest alert level as the Japan Meteorological Agency (JMA) issued an emergency warning in the afternoon, saying heavy rainfall "with a level of intensity observed only once every few decades" is predicted in Tokyo and the six surrounding prefectures of Gunma, Saitama, Kanagawa, Yamanashi, Nagano and Shizuoka.

The agency issued new warnings of severe rainfall for Ibaraki, Tochigi, Fukushima, Miyagi and Niigata prefectures at 7:50pm local time, while the warning for Shizuoka was lifted at 10:23pm local time.

Typhoon Hagibis, meaning "swift" in the Philippine language Tagalog, could possibly bring rainfall amounts not seen since a deadly typhoon in 1958, the JMA said. 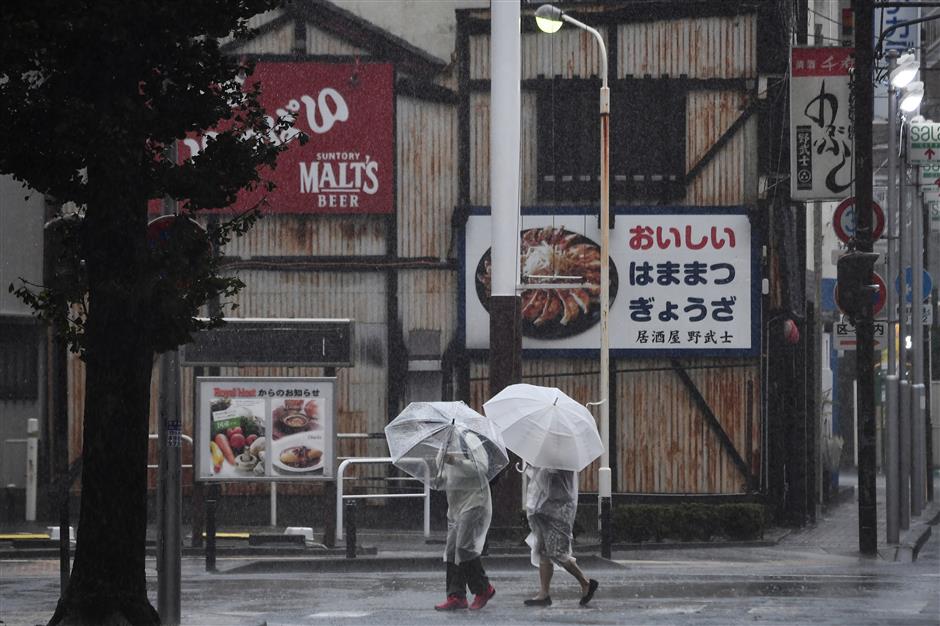 Pedestrians use umbrellas to shield themselves from the rain as they walk along a street in Hamamatsu, Shizuoka prefecture, on October 12 as the country prepares for the landfall of Typhoon Hagibis.

The agency has downgraded Typhoon Hagibis' intensity to "powerful" from "very powerful." As of 8pm local time, the typhoon had an atmospheric pressure of 960 hectopascals at its center and was packing winds of up to 198 km per hour.

The water levels in several rivers, including the Tama and the Arakawa in the metropolitan area, have risen dangerously due to the heavy rainfall brought by the typhoon, Japanese authorities said.

So far, at least five rivers including those in Tokyo's Hachioji and Ome have overflowed, local governments said.

Most department stores and supermarkets in Tokyo area were closed on Saturday, while some shops near stations and convenience stores issued notices that they will close in the afternoon and will remain shut down until 2 or 3pm local time on Sunday.

Shinkansen bullet train service between Tokyo and Nagoya was suspended on Saturday. East Japan Railway Co suspended its Tohoku and Hokuriku Shinkansen services in the afternoon and gradually reduced train operations in the Tokyo metropolitan area from Saturday morning and halted services around 1pm local time.