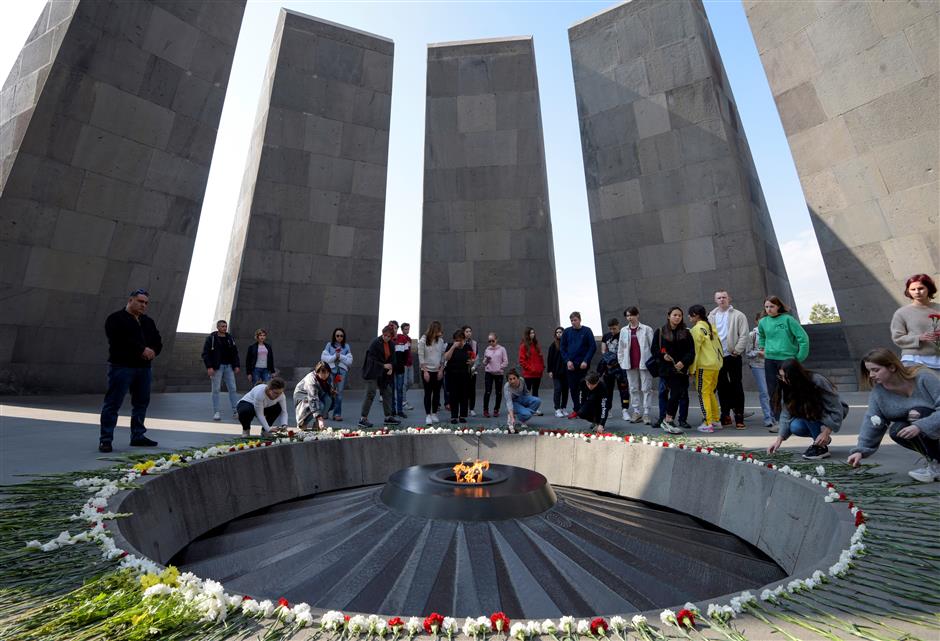 Armenia rejoiced but Turkey was furious on Wednesday after the US House of Representatives passed a historic resolution recognizing mass killings of Armenians a century ago as genocide.

With tensions already high over Turkey’s assault on Kurdish-controlled areas of northern Syria, US lawmakers voted 405 to 11 on Tuesday in support of the measure to “commemorate the Armenian Genocide through official recognition and remembrance.”

The move was a first for the US Congress, where similar measures with such direct language have been introduced for decades but never passed.

The resolution says that the killing of 1.5 million Armenians by the Ottoman Empire between 1915 and 1923 amounted to genocide, a claim recognized by some 30 countries.

Turkey strongly denies the accusation of genocide and says that both Armenians and Turks died as a result of World War I. It puts the death toll in the hundreds of thousands.

Ankara was swift to condemn the measure, summoning the American ambassador and calling the vote a “meaningless political step.”

“This step which was taken is worthless and we do not recognize it,” Turkish President Recep Tayyip Erdogan said.

“A country whose history is full of the stain of genocide and slavery neither has the right to say anything nor to lecture Turkey.”

Ties between Washington and NATO member Turkey have been strained by Ankara’s offensive against Kurdish fighters in northern Syria, which came after US forces withdrew. The House also passed a measure on Tuesday imposing sanctions on senior Turkish officials involved in the offensive.

International recognition of the killings as genocide has long been the top priority of Armenia’s foreign policy, supported by vigorous campaigning by Armenians around the world.