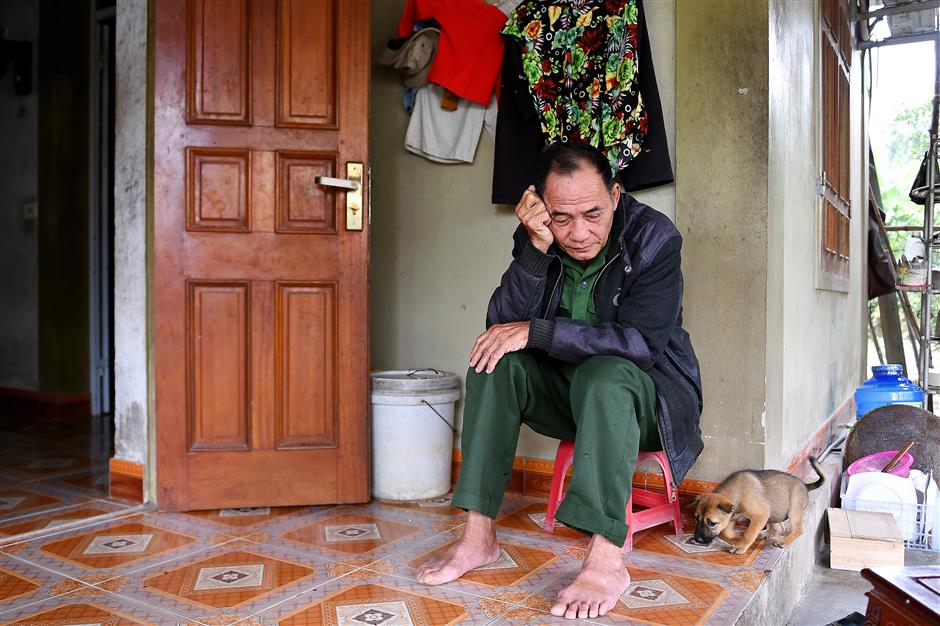 Bui Phan Chinh, father of 37-year-old of Bui Phan Thang who is feared to be among the 39 people found dead in a truck in Britain, sits outside his house in Hong Linh district of Vietnam's Ha Tinh province on October 29, 2019.

The provincial police have instituted legal proceedings against one among them for organizing, brokering illegal immigration and residence in foreign countries, Vietnam News Agency reported on Friday, quoting deputy head of Ha Tinh police Nguyen Tien Nam as saying.

Local police are also collecting testimony from others related to the case, Nam said, adding that they are working with the Ministry of Public Security and police of other localities to further investigate the case.

The investigation, which was officially announced on Thursday, follows reports of 10 families in the province who lost contact with their relatives on the way to Britain after the Essex lorry incident.

Ha Tinh authorities have collected DNA samples from members of those families to send to Britain for victim identification.

A resident from the province was duped into paying the trio over 36,000 U.S. dollars to immigrate to the United States.

Earlier on October 26, police of central Nghe An province filed the same charges against four people, who between 2015 and 2019 received hundreds of thousands dollars from more than 400 people without sending anyone abroad, local online newspaper VnExpress cited Nghe An police as reporting.