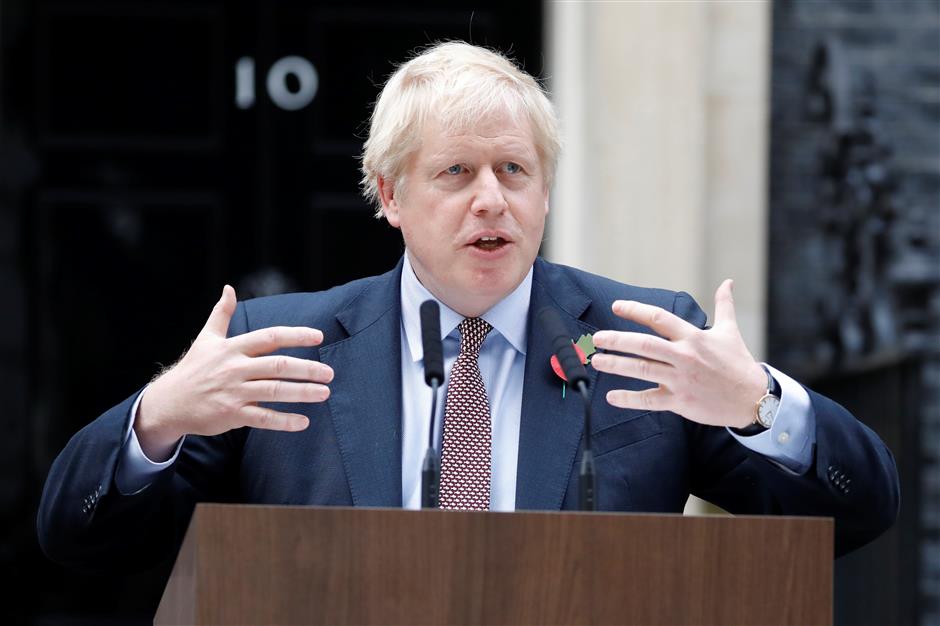 British Prime Minister Boris Johnson argued on Wednesday that voting for the Conservatives was the only way to end delays over Brexit, as he officially launched an election campaign already marred by gaffes and the resignation of a minister.

Speaking outside his No. 10 Downing St office on the first official day of Britain’s five-week campaign, Johnson said the political impasse over Britain’s departure from the European Union made him want to “chew my own tie in frustration.”

“I don’t want an early election and no one much wants to have an election in December but we have got to the stage where we have no choice,” he said.

Setting the stage for a people-versus-Parliament campaign, Johnson said lawmakers were “refusing time and again to deliver Brexit and honor the result of the referendum.”

In fact, lawmakers approved Johnson’s EU divorce deal in principle last month but asked for more time to scrutinize it. Johnson then withdrew the bill and pushed for early election.

All 650 seats in the House of Commons are up for grabs in the December 12 election, which is coming more than two years early.

Johnson urged voters to deliver a Conservative majority so Britain could “put uncertainty behind us.” With that support, Johnson vowed he would get Parliament to ratify his Brexit deal and the country would leave the EU as scheduled on January 31.

Brexit was supposed to happen on October 31 but with Britain’s politicians deadlocked, the bloc granted the UK a three-month delay.

The Conservative campaign has had with a rocky start. Just minutes before Johnson’s introductory comments on Wednesday, Cabinet Minister Alun Cairns resigned over allegations concerning a former aide’s role in a rape trial.

Cairns said he was quitting as Welsh secretary because of “speculation” surrounding the “very sensitive matter,” which is under investigation.

Cairns denies allegations that he knew his former staffer Ross England made claims about a victim’s sexual history when he was a witness in a 2018 rape trial — something that is not allowed and caused the trial to collapse. The judge accused England of deliberately sabotaging the trial. Cairns later backed England as a candidate for the Welsh Assembly polls.