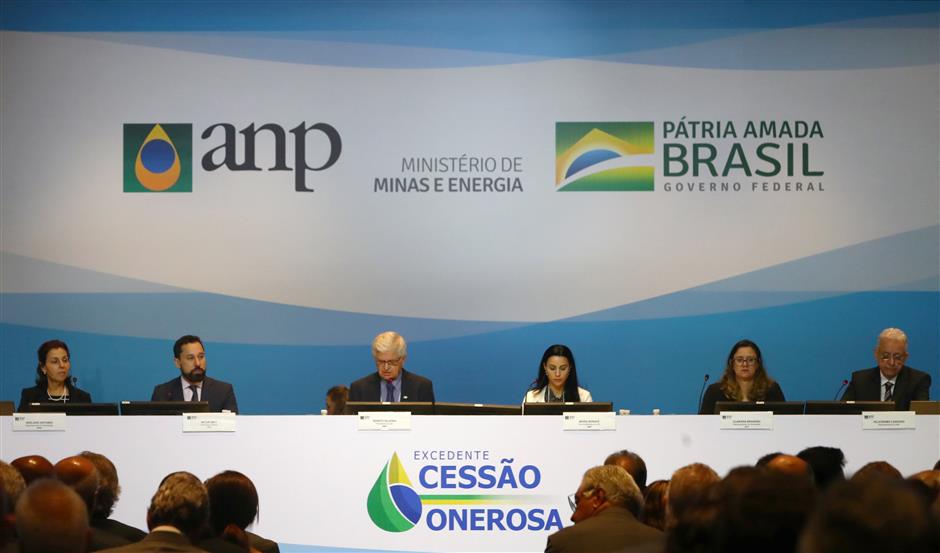 The government had hoped to collect more than US$26 billion from the auction of so-called pre-salt reserves trapped beneath the ocean floor off Brazil’s southeast coast.

A dozen oil majors had signed up to bid for the blocks that are estimated to contain as much as 15 billion barrels of oil — nearly double the size of Norway’s reserves.

Two of the four blocks did not receive a bid.

The auction comes after President Jair Bolsonaro’s recent push in Saudi Arabia for the Latin American country to be included in the OPEC oil-producing cartel.

The government had hoped the sale could turn Brazil into the world’s fifth-largest producer in the next 10 years.

It ranked ninth in 2018, according to the US Energy Information Administration.

Prices were fixed and the winners were companies offering the largest cut of oil to the government.

Petrobras had already said it planned to exercise its preferential rights for two of the four blocks. It was expected to partner with foreign explorers.

If the rights to the four areas had been sold, it would have raised 106 billion reais, or more than US$26 billion.

In the end, nearly 70 billion reais was bid.