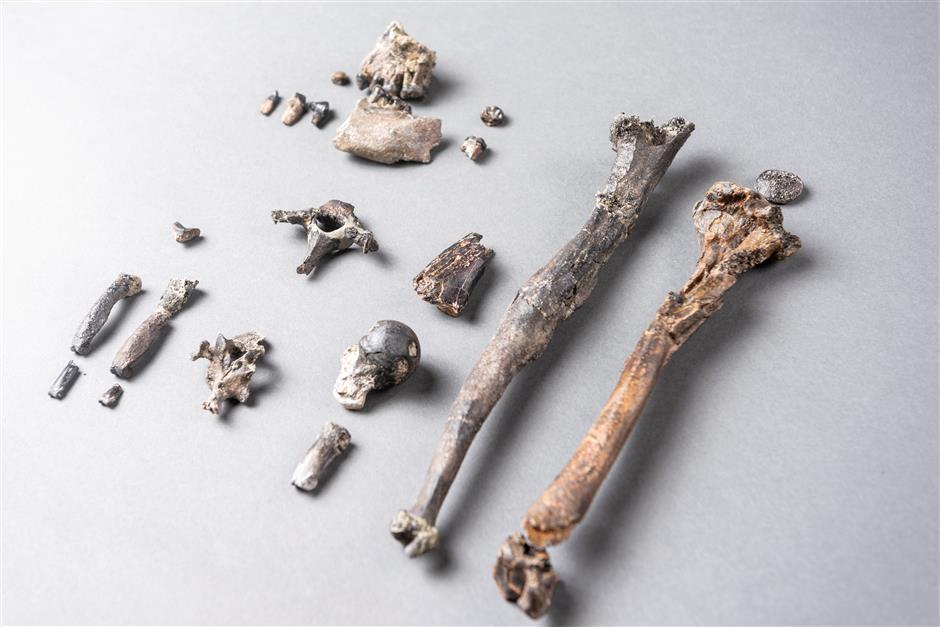 Twenty-one fossilized bones of the Danuvius guggenmosi is seen in this photo released in Germany on Wednesday.

The remains of an ancient ape found in a Bavarian clay pit suggest that humans’ ancestors began standing upright millions of years earlier than previously thought, scientists said on Wednesday.

An international team of researchers says the fossilized partial skeleton of a male ape that lived almost 12 million years ago in the humid forests of what is now southern Germany bears a striking resemblance to modern human bones. In a paper published by the journal Nature, they concluded that the previously unknown species — named Danuvius guggenmosi — could not only walk on two legs, but also climb like an ape.

The findings “raise fundamental questions about our previous understanding of the evolution of the great apes and humans,” said Madelaine Boehme of the University of Tuebingen, Germany, who led the research.

The question of when apes evolved bipedal motion has fascinated scientists since Charles Darwin first argued that they were the ancestors of humans. Previous fossil records of apes with an upright gait — found in Crete and Kenya — dated only as far back as 6 million years ago. 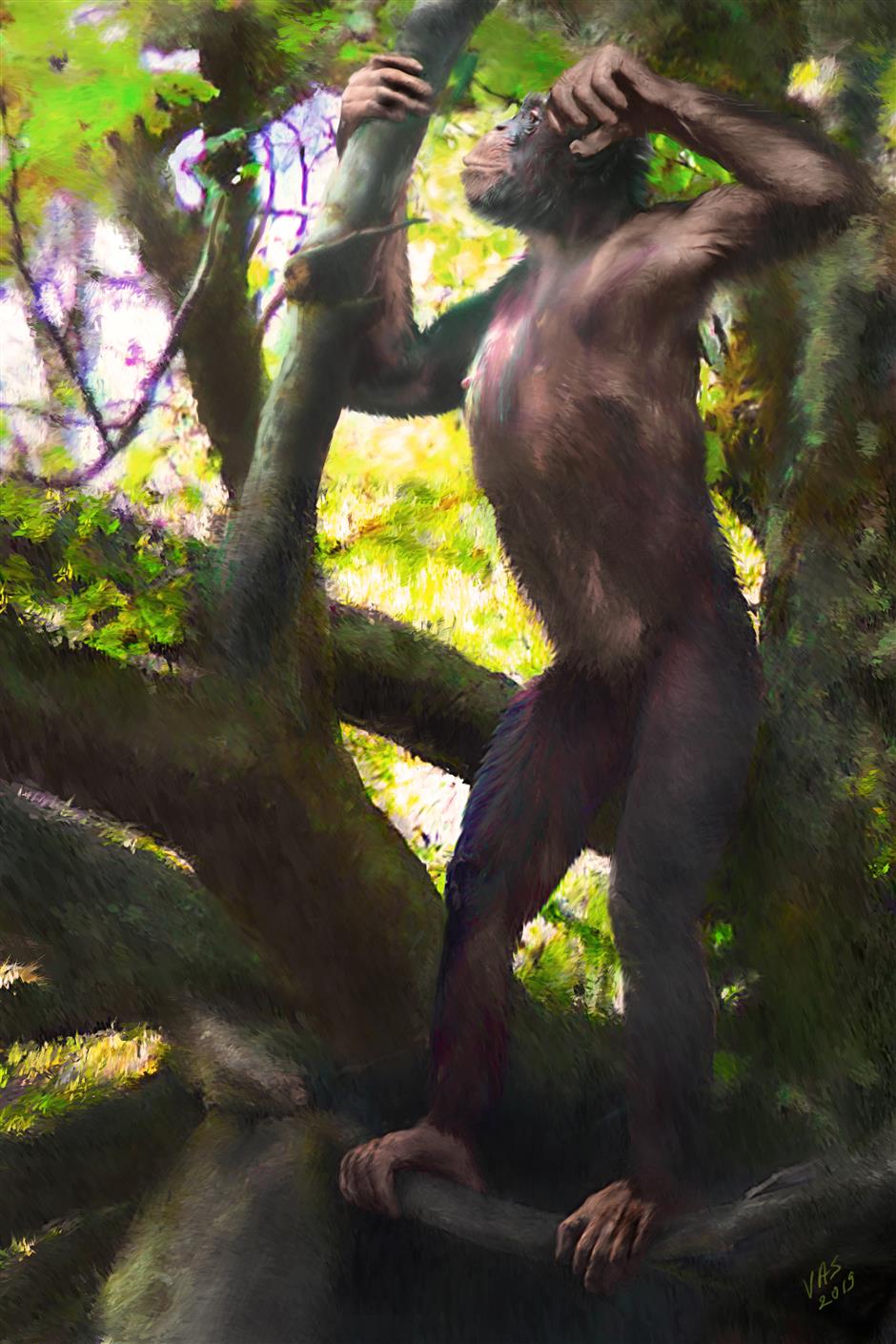 A reconstruction of a male of the extinct ape species Danuvius guggenmosi is seen in this photo illustration released in Tuebingen, Germany, on Wednesday.

Boehme, along with researchers from Bulgaria, Germany, Canada and the United States, examined more than 15,000 bones recovered from a trove of archeological remains known as the Hammerschmiede, or Hammer Smithy, about 70 kilometers west of Munich.

Among the remains they were able to piece together were primate fossils belonging to four individuals that lived 11.62 million years ago. The most complete, an adult male, likely stood about 1 meter tall, weighed 31 kilograms and was similar to modern-day bonobos, a species of chimpanzee.

“We were astonished to realize how similar certain bones are to humans, as opposed to great apes,” Boehme said.

Thanks to several well-preserved vertebra, limb, finger and toe bones, the team was able to reconstruct how Danuvius moved, concluding that while it would have been able to hang from branches by his arms, it could also straighten its legs to walk upright.

“This changes our view of early human evolution, which is that it all happened in Africa,” Boehme said.

Like humans, Danuvius had an S-shaped spine to hold its body upright while standing. Unlike humans, though, it had a powerful, opposable big toe that would have allowed it to grab branches with its foot and walk through the treetops.

Fred Spoor, a paleontologist from the Natural History Museum in London, called the fossil finds “fantastic” but said they would likely be the subject of much debate, not least because they could challenge many existing ideas about evolution.

“I can see that there will be a lot of agonizing and re-analysis of what these fossils mean,” said Spoor.