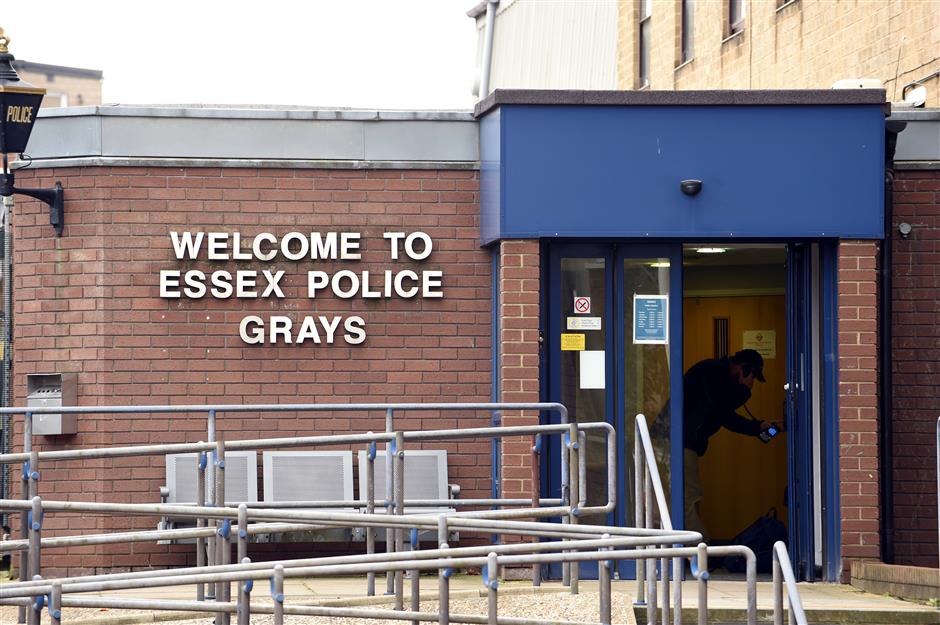 Grays Police Station in Essex where it was believed Mo Robinson, 25, and three other suspects were being held in connection with the deaths of 39 people found dead in the back of a lorry at Waterglade Industrial Park, Eastern Avenue, Thurrock, Essex.

Two 15-year-old boys were among the 39 people who died in a lorry container in Essex last month, the United Kingdom police said on Friday.

A statement released by the Essex police said that formal identification was established via an Identification Commission and they could now confirm, having liaised with the Vietnamese authorities, the identity of the victims.

According to the police, 10 teenagers, including two 15-year-old boys, were among the victims. Most of the victims were between 20 years and 40 years old.

Assistant Chief Constable Tim Smith, a senior officer in overall charge of the investigation, said: "This was an incredibly important process and our team has been working hard to bring answers to worried families who fear their loved one may be among those whose tragic journey ended on our shores.

"Our priority has been to identify the victims, to preserve the dignity of those who have died and to support the victims' friends and families.

"It remained of paramount importance to us to ensure that an individual's next of kin were informed, and that they were given some time to absorb this tragic news before we publicly confirmed their loved one's identity."

The Essex police have worked closely with the National Crime Agency, the Foreign and Commonwealth Office and the Vietnamese authorities to identify and locate the victims' families.