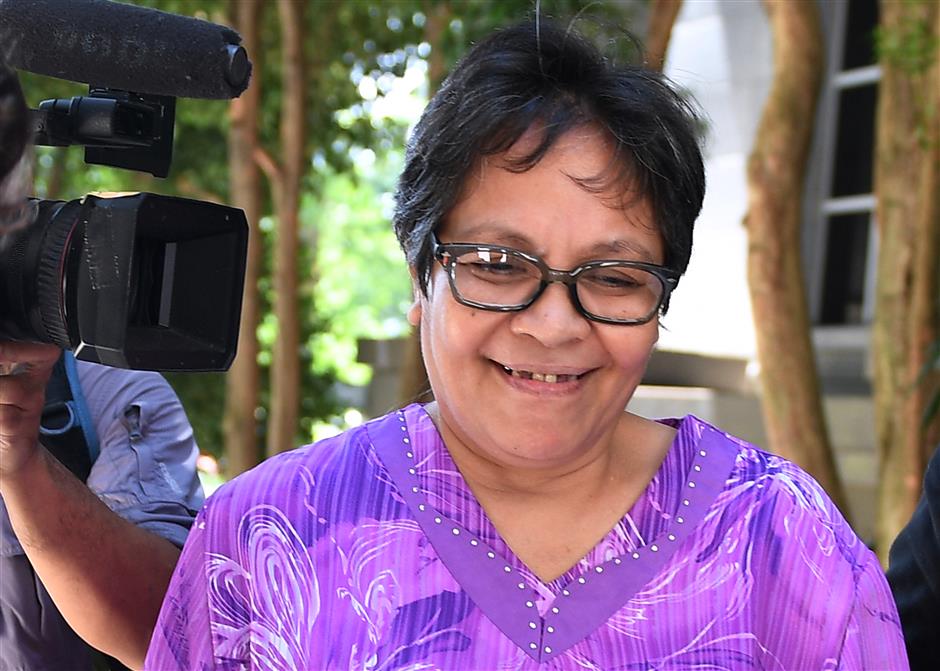 An Australian grandmother won her final appeal against a death sentence for trafficking in Malaysia on Tuesday and walked free, after claiming she fell for an online love scam and was tricked into transporting drugs.

Maria Elvira Pinto Exposto looked delighted and kissed her lawyer in court after the ruling, which brings down the curtain on a saga that began in 2014 when she was arrested with crystal meth in her backpack while transiting in Kuala Lumpur.

The 55-year-old, who was detained while heading home to Australia, had said she was fooled into carrying the bag after traveling to China to meet someone she met online called “Captain Daniel Smith,” who claimed to be a US serviceman.

“I thank God and my lawyers for my freedom after almost five painful years in jail,” she said in statement through her legal team, after the country’s top court overturned her conviction and ordered her release.

Her son Hugo added: “All I want to do is to take my mum home back to Sydney — she has missed out a lot.”

The mother of four was briefly held by immigration authorities but soon left court in a car with her lawyers. They hope she can fly home within two days once her documents have been processed.

After being arrested in a Kuala Lumpur airport with 1.1 kilograms of meth stitched into a compartment of her backpack, she stood trial but was cleared of trafficking in 2017 when a judge ruled she did not know she had the drugs.

However, the acquittal was overturned after prosecutors appealed and she was handed a death sentence — only for the Federal Court in administrative capital Putrajaya, her final avenue of appeal, to rule in her favour on Tuesday.

Death by hanging is mandatory in Malaysia for anyone convicted of trafficking certain amounts of some controlled substances.

Exposto had traveled to Shanghai to see “Smith” after a long online romance. But she did not meet her supposed love and was instead given a bag by a stranger, who asked her to take it to Melbourne.

When she arrived in Kuala Lumpur to change flights, she mistakenly went through immigration. She voluntarily offered her bags for customs inspection.