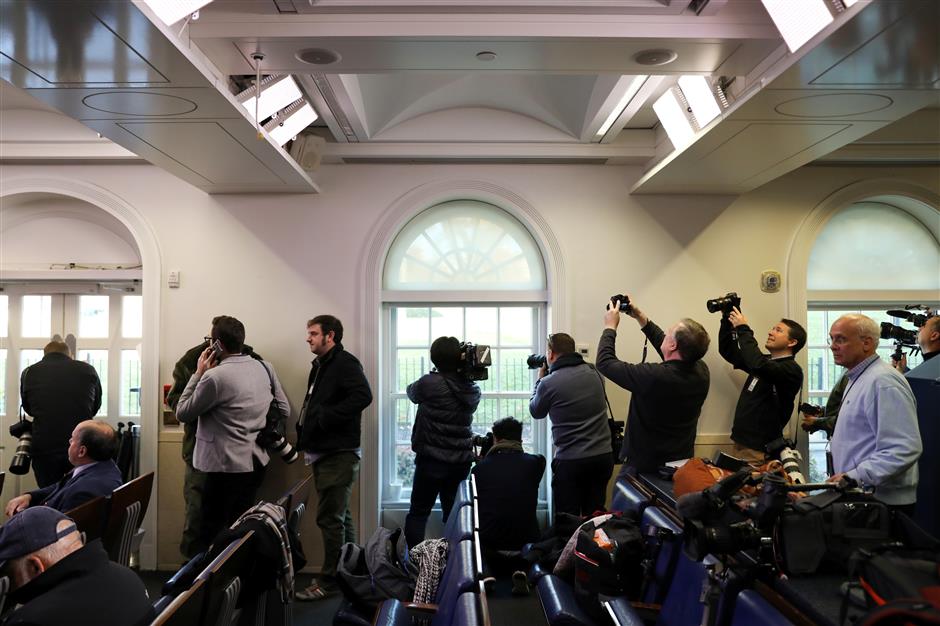 Reporters crowd the windows of the White House during a lockdown in Washington, US, on November 26, 2019.

The White House and US Congress were locked down for nearly an hour on Tuesday over a suspected airspace intrusion over Washington, but hours later officials still had no explanation for what triggered the alert.

“Something that gave off a signature that our radar registered” set off the alert, he said.

A US Coast Guard helicopter deployed by NORAD to investigate what appeared to be an unidentified aircraft nearing tightly controlled Washington airspace found nothing.

Hennessy declined to comment on speculation that a flock of birds may have triggered the alert.

Hennessy also said an earlier NORAD tweet that said fighter jets had been scrambled to intercept the threat was incorrect. 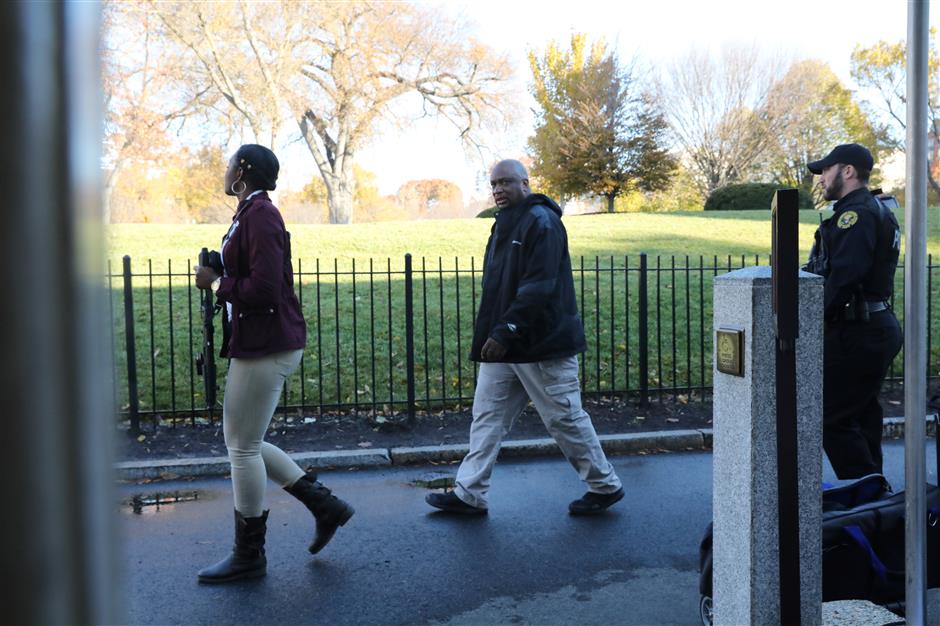 Secret Service agents move around the White House with guns drawn during a lockdown in Washington, US, on Tuesday.

The fighter jets reported were part of a previously scheduled exercise by the 113th Wing, District of Columbia Air National Guard unit based at Joint Base Andrews, just outside Washington.

“It just happened to be at the same time. They were not involved in the interception,” said a spokesperson for Andrews.

The White House was locked down for nearly an hour due to what the US Secret Service described as “a potential violation of the restricted airspace in the National Capital Region.”

There was no information about what President Donald Trump and his wife Melania did during the alert.