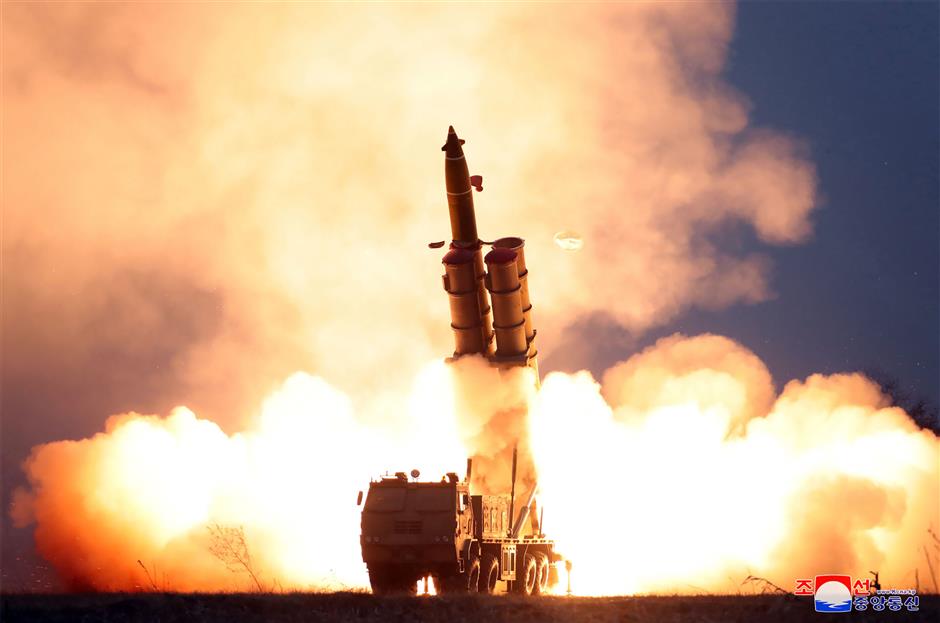 The phone talks came after the DPRK fired two projectiles, presumed to be launched from a super-large multiple rocket launcher, from its eastern region into the East Sea Thursday afternoon.

The projectiles flew about 380 km at a maximum altitude of some 97 km. It marked the 13th test-firing by the DPRK of projectiles this year. The latest test-launch was conducted on October 31.