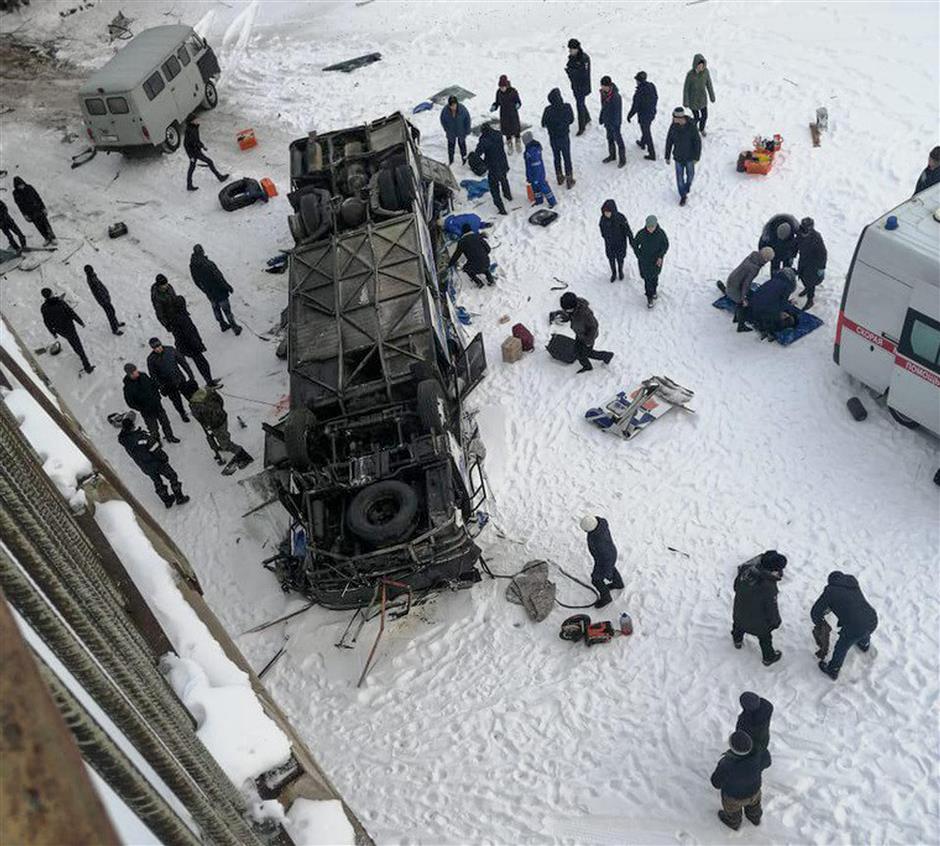 A bus crash at the Kuenga River in Russia killed 19 people on Sunday.

Nineteen passengers died when a bus skidded off a bridge in Russia’s far east on Sunday and plunged into a river, local government said.

“According to updated information, 19 people died, 21 have various injuries,” the local government for the Zabaikalsk region said in a statement.

Russia’s emergencies ministry said in a statement on its website that the bus, traveling from the town of Sretensk to the city of Chita, 6,320-kilometer east of Moscow, fell from a bridge into the Kuenga river at around 9:38am.

A tire on the bus burst as it was crossing the bridge and then skidded off the road and onto the ice.

The coach bus landed upside down on the ice, collapsing the passenger compartment. 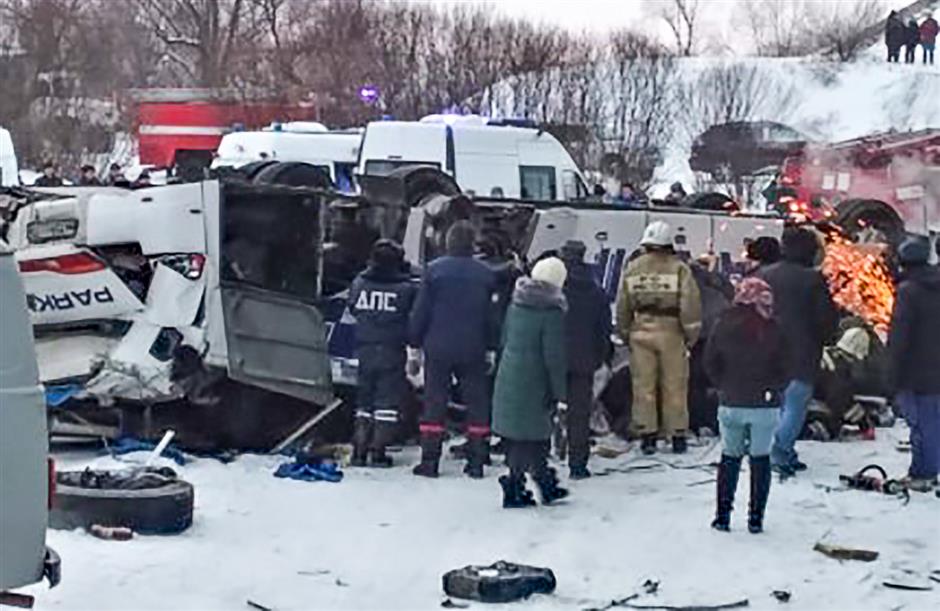 Emergency personnel work on the site where a bus crashed it fell from a bridge in Zabaikalsk region, Russia, on Sunday.

Two helicopters with medics were dispatched to the scene.

It said about 43 passengers and a driver were on the bus.

A police spokeswoman told Russia-24 TV that the cause of the accident was being investigated.

Road accidents are common in Russia, often due to alcohol, the road state and failure to observe traffic rules.

However, the number of road deaths has gone down in recent years, to around 20,000 per year.