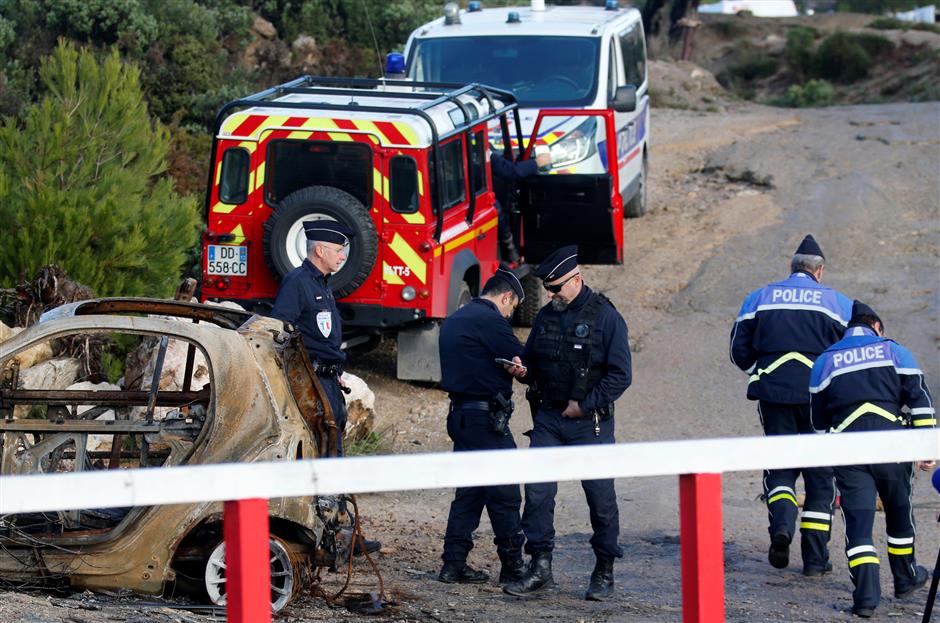 French police secure the area around the site where a helicopter from the civil security services crashed while en route to help people caught up in heavy flooding, in Le Rove near Les-Pennes-Mirabeau, France, on Monday.

Three emergency workers were killed overnight when their helicopter crashed on a rescue mission in the southeastern France, while two other people died in heavy flooding that has hit the region, officials said on Monday.

The EC145 rescue helicopter lost radio and radar contact with controllers as it headed to Le Luc-Le Carnet in the hilly Var region.

The bodies of the three occupants were found about 1.30am, an interior ministry statement said.

France’s Mediterranean coast has been hit by heavy rain over the last week that has led to serious flooding and widespread disruption.

Interior Minister Christophe Castaner drew a parallel between the three workers and 13 French soldiers who were killed last week in Mali fighting Islamist militants and who were honored on Monday in Paris. 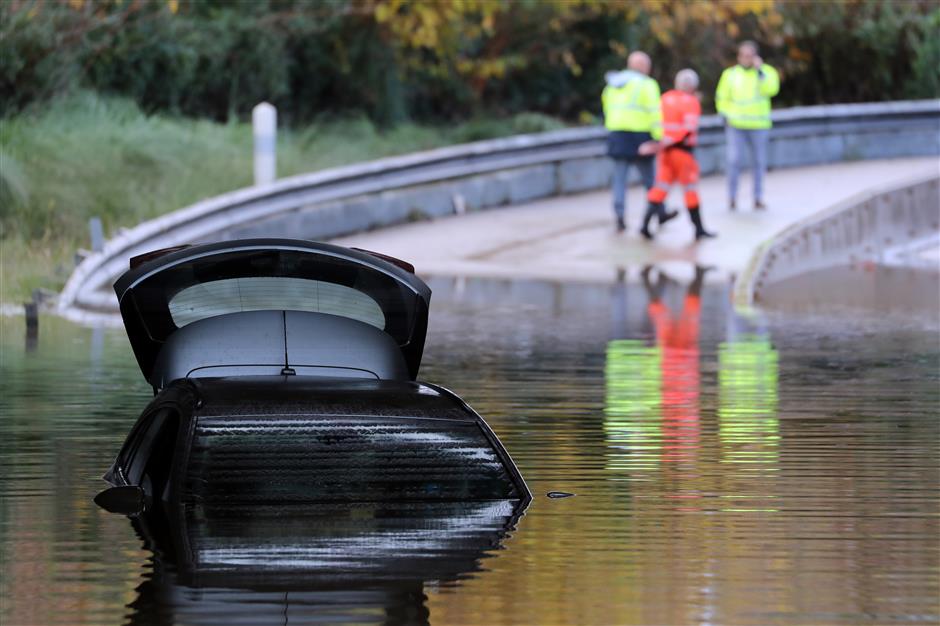 Rescuers walk by a car partially submerged in the water on a flooded road of Mandelieu-la-Napoule, on Monday, southern France, following fresh torrential rains over the French Riviera.

“As France prepares today to mourn 13 of its soldiers who died serving the nation, our country is losing three everyday heroes who gave their lives to protect the people of France,” Castaner and his deputy said.

Local officials reported the deaths of two people on Monday. One was a shepherd whose 4x4 was carried away by a flash flood. The other was the owner of a stable who had been out watching over his animals.