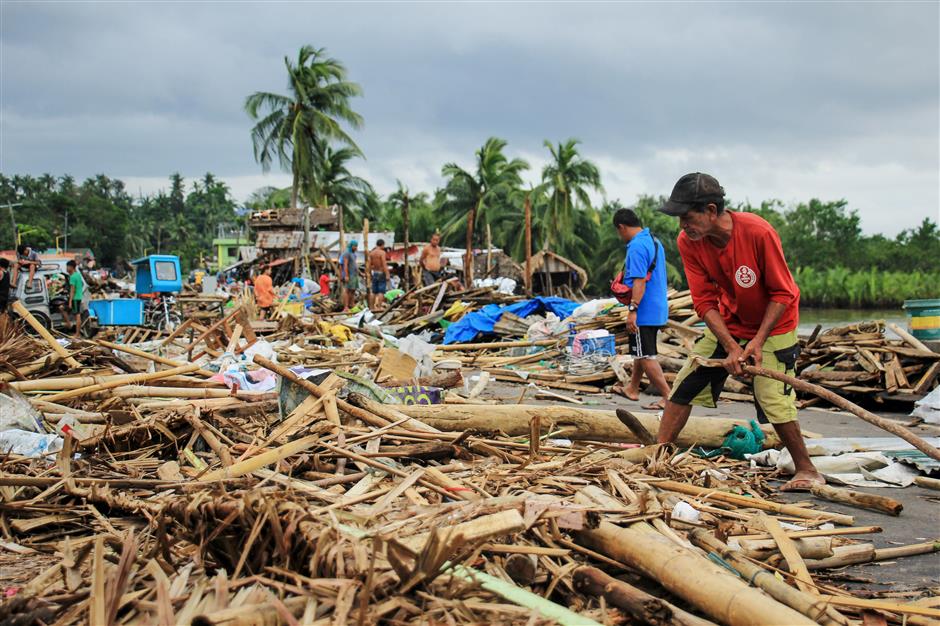 Residents gather debris from their destroyed houses after Typhoon Kammuri hit the city of Sorsogon, south of Manila, on Tuesday.

The death toll from a typhoon that hit provinces south of the Philippine capital rose to 10, disaster agencies said on Wednesday, adding precautions and compulsory evacuations were key to preventing more casualties.

Typhoon Kammuri, the 20th to enter the Philippines this year, hit land on Monday night, prompting the forced evacuation of thousands of residents and the cancellation of hundreds of flights. It also disrupted the schedule for some events in the Southeast Asian Games, which the Philippines is hosting until December 11.

Five people died in the central Bicol region, including three who drowned, a local disaster agency said in a report. Five more were killed in a region south of the capital.

About 345,000 people are still in evacuation centers, waiting to return home.