In the name of beauty: Spray on a fresh face 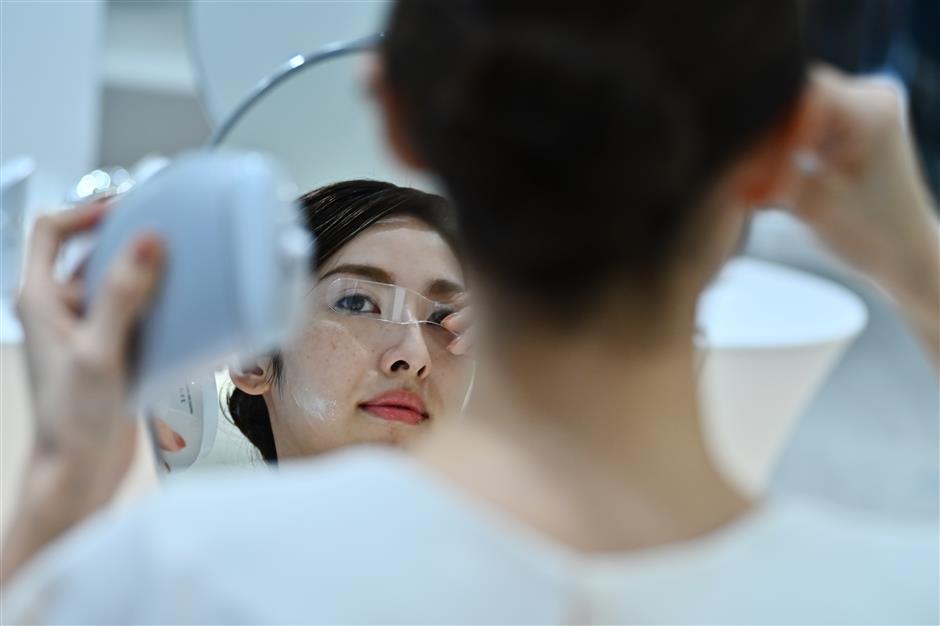 An employee for Japanese cosmetics company Kao uses a palm-sized diffuser on her face, during a product demonstration in Tokyo on December 4, 2019.

A Japanese cosmetics company on Wednesday unveiled what it said was the world’s first spray-on skin for consumers, a moisturizing facemask of fibers one-100th the thickness of a human hair.

After applying an absorbent lotion, users spray the fibers onto their face and a thin translucent sheet is quickly formed, acting as a “greenhouse” for the real skin below to soak up the moisture and still be able to breathe.

The “second skin” can be worn overnight or peeled off after about a minute.

“This is the world’s first cosmetic product using such technology,” according to Masayuki Uchiyama, skincare researcher at Kao, the firm behind the innovation.

The hand-held diffuser was 10 years in the making, said Uchiyama: “We struggled to make the device small.”

Kao researchers did not initially think of using the technology of ultra-thin fibers to create a layer on the skin, he said, adding that the precise material from which they were made was a secret.

“But we learned that the skin can still breathe under the thin fibers for many hours” in an environment akin to a greenhouse. But it does not come cheap, with each diffuser costing 50,000 yen (US$460).

But Kao predicts cosmetic sales could reach 100 billion yen if the technology is applied to the medical field, although spray-on skin is already used for burns patients.