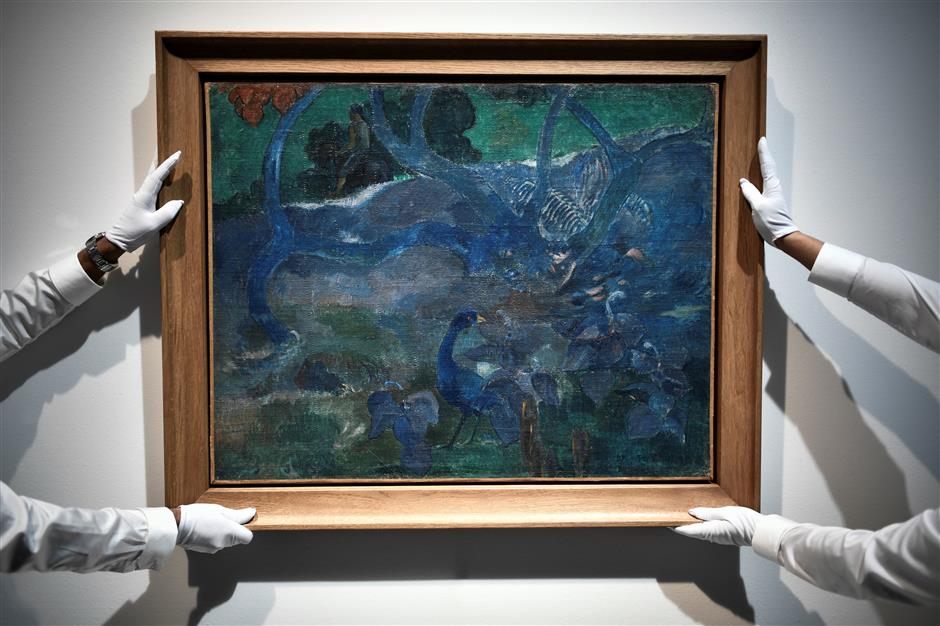 A rare canvas by French artist Paul Gauguin from his time in Tahiti fetched 9.5 million euros (US$10.5 million) in Paris on Tuesday, nearly twice its estimated value, the auction house said.

The bidding had drawn keen interest amid growing controversy over Gauguin’s relationships with young girls on the Polynesian island and his depictions of them.

The buyer is an “international collector,” the Artcurial auction house said.

It added the artwork depicting an evocative Tahiti landscape would remain in France.

It is one of the few paintings from the post-impressionist’s Tahiti period still in private hands. According to Artcurial, the last sale in France of a Gauguin from this period was 22 years ago.