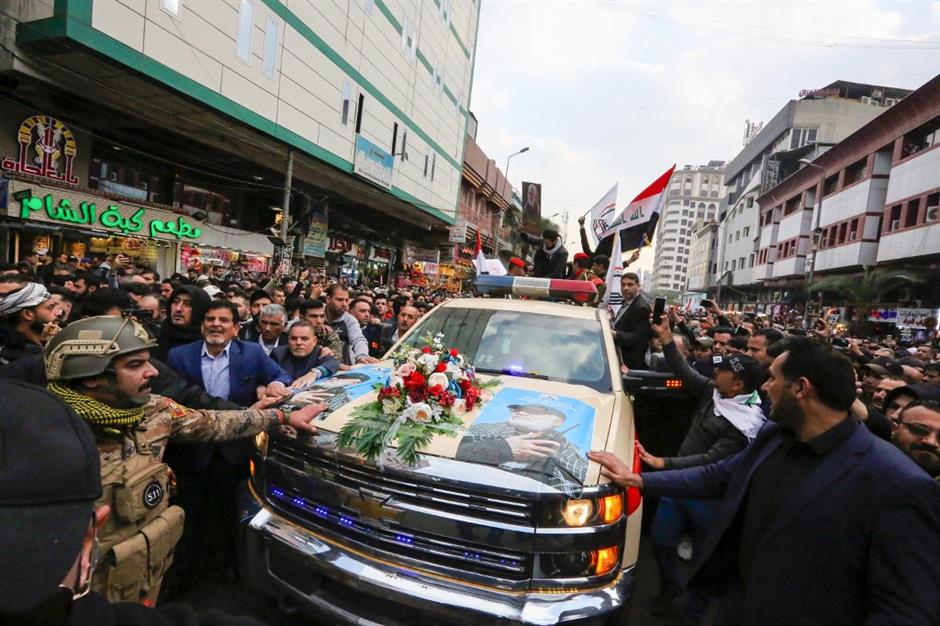 The US-led coalition fighting the Islamic State militant group and the Iraqi military on Saturday denied any airstrike north of Baghdad.

"The coalition did not conduct airstrikes near Camp Taji in recent days," the US-led coalition said in a brief statement.

The Iraqi Joint Operations Command also denied the media reports of an airstrike.

"What was reported by some media about an airstrike last night, targeting a medical convoy of the Hashd Shaabi in Taji area, north of the capital Baghdad" is not true, said a statement by the media office affiliated with the JOC.

In the early hours of the day, media reports said an airstrike hit a medical convoy of the Hashd Shaabi forces near a stadium in Taji area, some 15 km north of Baghdad.

The Hashd Shaabi later issued a statement saying none of its leaders were killed in the attack.

However, an Iraqi Interior Ministry source told Xinhua that an attack against the Hashd Shaabi convoy did come before dawn in Taji area, leaving two killed and four others wounded, but the culprit of the attack was unknown.

This incident came about 24 hours after a US drone attack near Baghdad International Airport that killed Qasem Soleimani, commander of the Quds Force of Iran's Islamic Revolution Guards Corps, and Abu Mahdi al-Muhandis, deputy chief of the pro-Iran Hashd Shaabi forces.