Diplomats taken on a rare visit to Kashmir 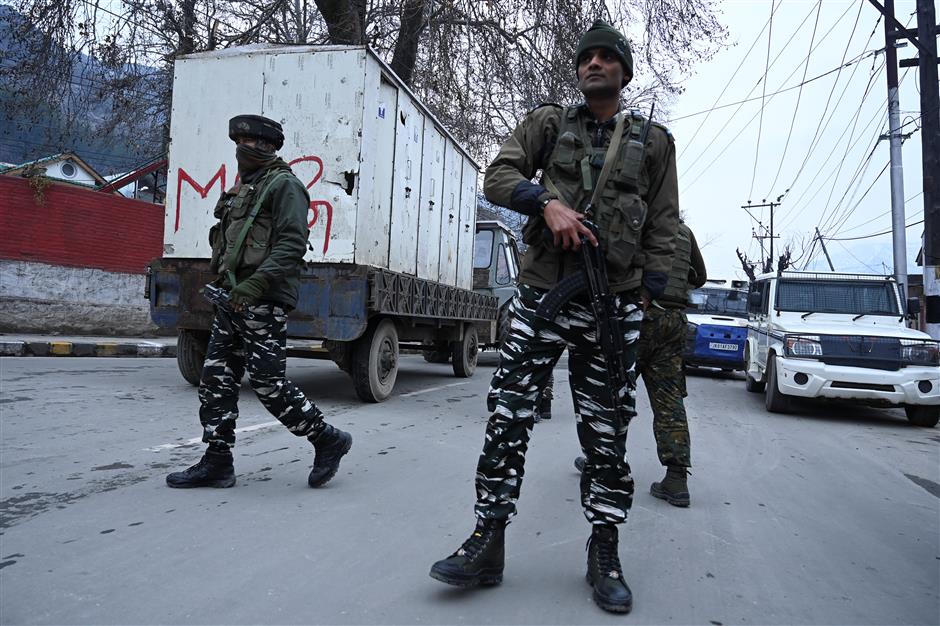 Indian government forces stand guard as a delegation of foreign diplomats arrives in Kashmir on Thursday.

Envoys from 15 countries including the United States arrived in Indian-controlled Kashmir on Thursday, the first visit by New Delhi-based diplomats since the government stripped the region of its semi-autonomous status and began a harsh crackdown five months ago.

The diplomats were driven by Indian authorities in a motorcade amid tight security from the airport to the military headquarters in Srinagar, where they were briefed on the security situation, an army officer said. He spoke on condition of anonymity as he was not authorized to speak to reporters.

The objective of the visit, organized by the Indian government, was for the envoys to see first-hand “how things have progressed and how normalcy has been restored to a large extent” since August, Kumar told reporters in New Delhi.

Authorities have since eased several restrictions, lifting roadblocks and restoring landlines and cellphone services. Internet service is yet to be restored in the Kashmir valley.

They have encouraged students to return to school and businesses to reopen, but top political leaders from the region continue to be under arrest or detention.

Outside access to the region remains limited, with no foreign journalists allowed to visit since the clampdown began.

In October, a group of European Parliament members had visited the region, which is claimed by both India and Pakistan in its entirety.

Offices, shops and businesses were open, but the diplomats did not stop to talk to people.