Trump claims 4 US embassies were targeted by Iran 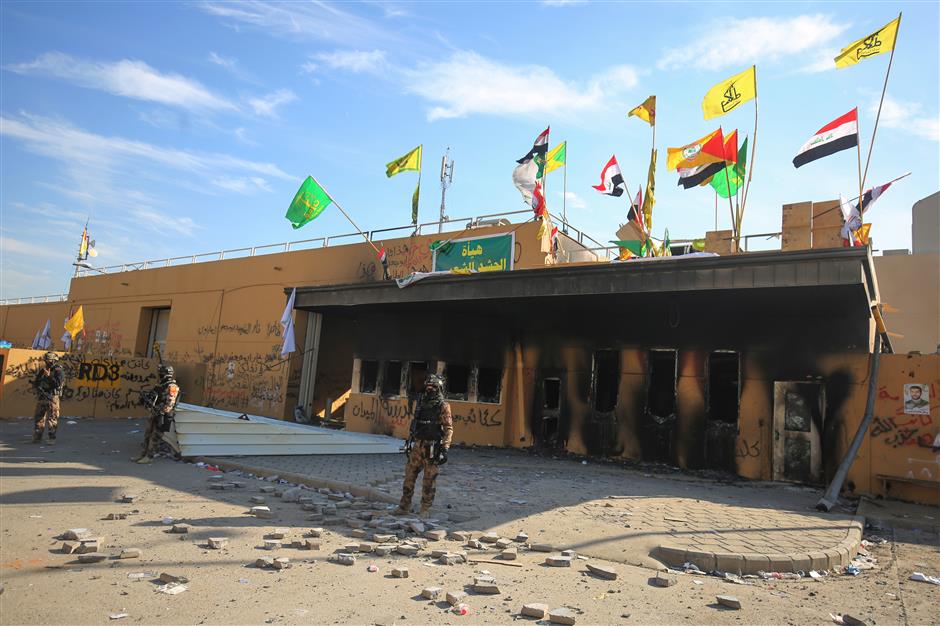 Iraqi security forces stand guard in front the US embassy in the capital Baghdad, on January 1, 2020.

US President Donald Trump said that the "imminent threat" from Iran might involve planned attacks on four US embassies, US media reported on Friday.

"We will tell you that probably it was going to be the embassy in Baghdad," Trump said in an interview with Fox News when asked about what had been specifically targeted by Iran.

"I can reveal that I believe it would have been four embassies," Trump added.

The killing of Soleimani drew skepticism from some US experts and Democratic lawmakers, who argued that Trump's decision was "provocative and disproportionate," and might trigger an uncontrolled conflict between the United States and Iran.