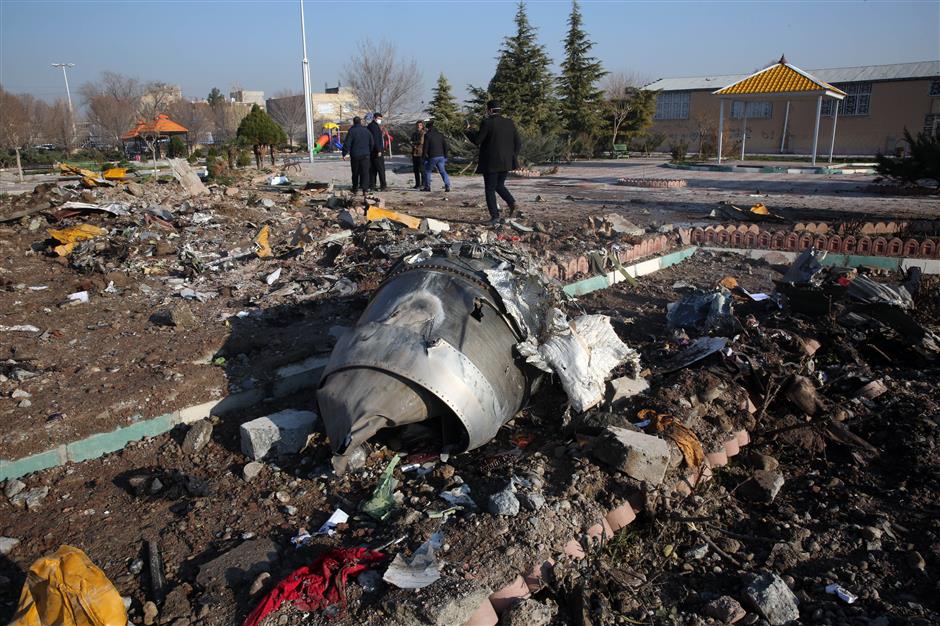 Rescue teams work amidst debris after a Ukrainian plane carrying 176 passengers crashed near Imam Khomeini airport in the Iranian capital Tehran early in the morning on January 8, 2020, killing everyone on board.

Iran has agreed to allow Canadian investigators to travel to Tehran to investigate the cause of the Ukraine International Airlines plane crash that killed all 176 people on board, including 63 Canadians, Canadian Foreign Minister Francois-Philippe Champagne said on Friday.

"Representatives from Global Affairs Canada's Standing Rapid Deployment Team and the Transportation Safety Board are currently stationed in Ankara. To date, Iran has granted us two visas," Champagne tweeted.

"We are hoping the other visas will be approved soon so that we may begin to provide consular services, to help in the identification of victims and to participate in any investigation," he added.

Canadian Prime Minister Justin Trudeau said on Thursday that the Ukrainian plane was shot down by an Iranian surface-to-air missile and he called for "a full and complete and credible investigation to establish exactly what happened."

"We have intelligence from multiple sources, including our allies and our own intelligence," Trudeau said during a news conference in Ottawa. He added that the Iranian strike "may well have been unintentional."

The Iranian authorities have repeatedly denied allegations or speculation that the crash of the Ukrainian flight was caused by an Iranian missile attack.

Iran has called on the United States and Canada to release information backing their allegations the plane was brought down by an Iranian missile.

Iran has also invited Russia, Ukraine, France and Boeing to participate in the investigation of the crash.