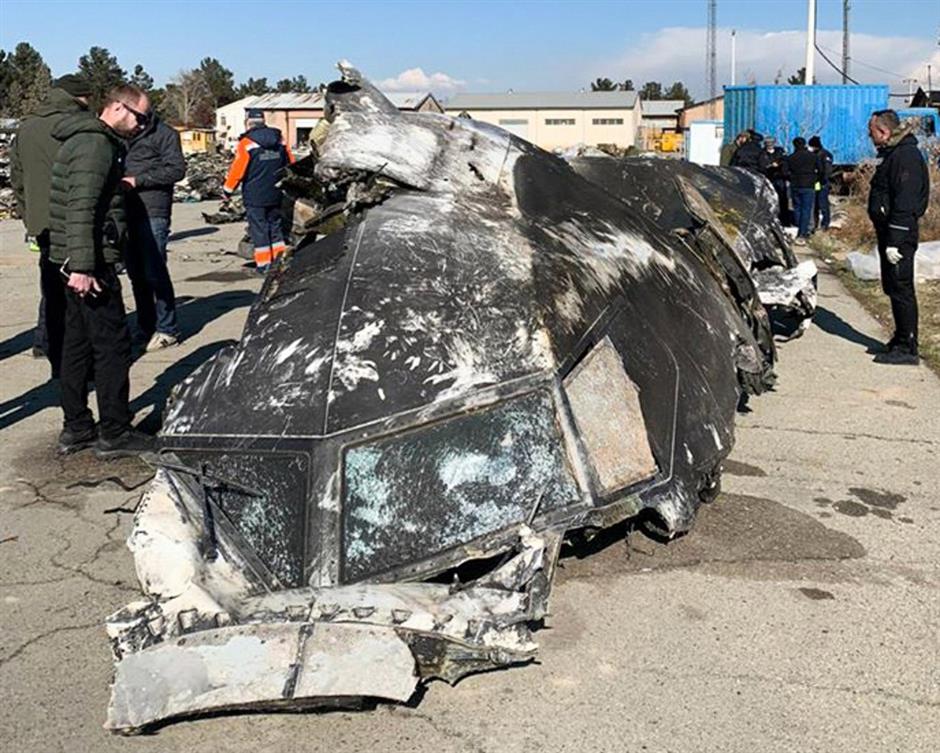 This handout photograph taken and released on January 11, 2019, by The National Security and Defense Council of Ukraine, shows people standing and analysing the fragments and remains of the Ukraine International Airlines plane Boeing 737-800 that crashed outside the Iranian capital Tehran on January 8, 2020.

"Iran welcomes any international cooperation within the framework of international regulations which is aimed at clarifying dimensions of the incident," Rouhani made the remarks in a telephone conversation with Canadian Prime Minister Justin Trudeau.

He said that further investigation into the Ukrainian plane crash will be carried out to reach the final result.

In another phone talk with Ukraine President Volodymyr Zelensky, Rouhani said that "all those involved in the air disaster (of plane crash) will be brought to justice."

He said that the joint investigations between the Iranian and Ukrainian experts over the incident will continue and the judicial measures will "soon" start.

On Wednesday, a Ukrainian Boeing 737 passenger plane crashed near Tehran, killing all 176 people onboard.

Iran's armed forces on Saturday admitted that the Ukrainian plane was "unintentionally" hit by Iran and "human error" was to blame.