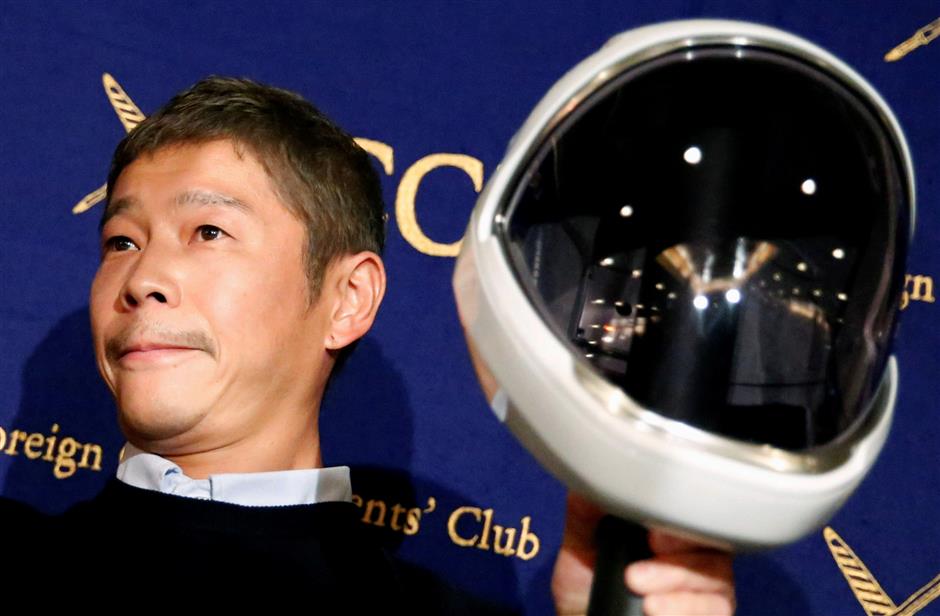 Japanese billionaire Yusaku Maezawa, who has been chosen as the first private passenger by SpaceX, poses for photos as he attends a news conference at the Foreign Correspondents' Club of Japan in Tokyo, Japan, on October 9, 2018.

Japanese billionaire Yusaku Maezawa’s search for a girlfriend to join him on a voyage around the moon will be the subject of a new documentary show, in his latest attention-grabbing stunt.

Maezawa, who sold his online fashion retailer Zozo Inc to SoftBank, is seeking single females aged over 20 for the show, which will be shown on streaming service AbemaTV.

“As feelings of loneliness and emptiness slowly begin to surge upon me, there’s one thing that I think about: continuing to love one woman,” the 44-year-old Maezawa wrote on a website for applicants.

Maezawa is due to fly around the moon in 2023 as the first private passenger with Elon Musk’s SpaceX.

Maezawa, who recently split up from actress girlfriend Ayame Goriki, 27, has said he plans to take artists on the flight to inspire works based on the experience, in a project he dubbed Dear Moon.

The documentary, titled “Full Moon Lovers,” will stream on AbemaTV, which is backed by online ad agency CyberAgent and broadcaster TV Asahi.

Applications close on January 17 and Maezawa will select his partner by the end of March.